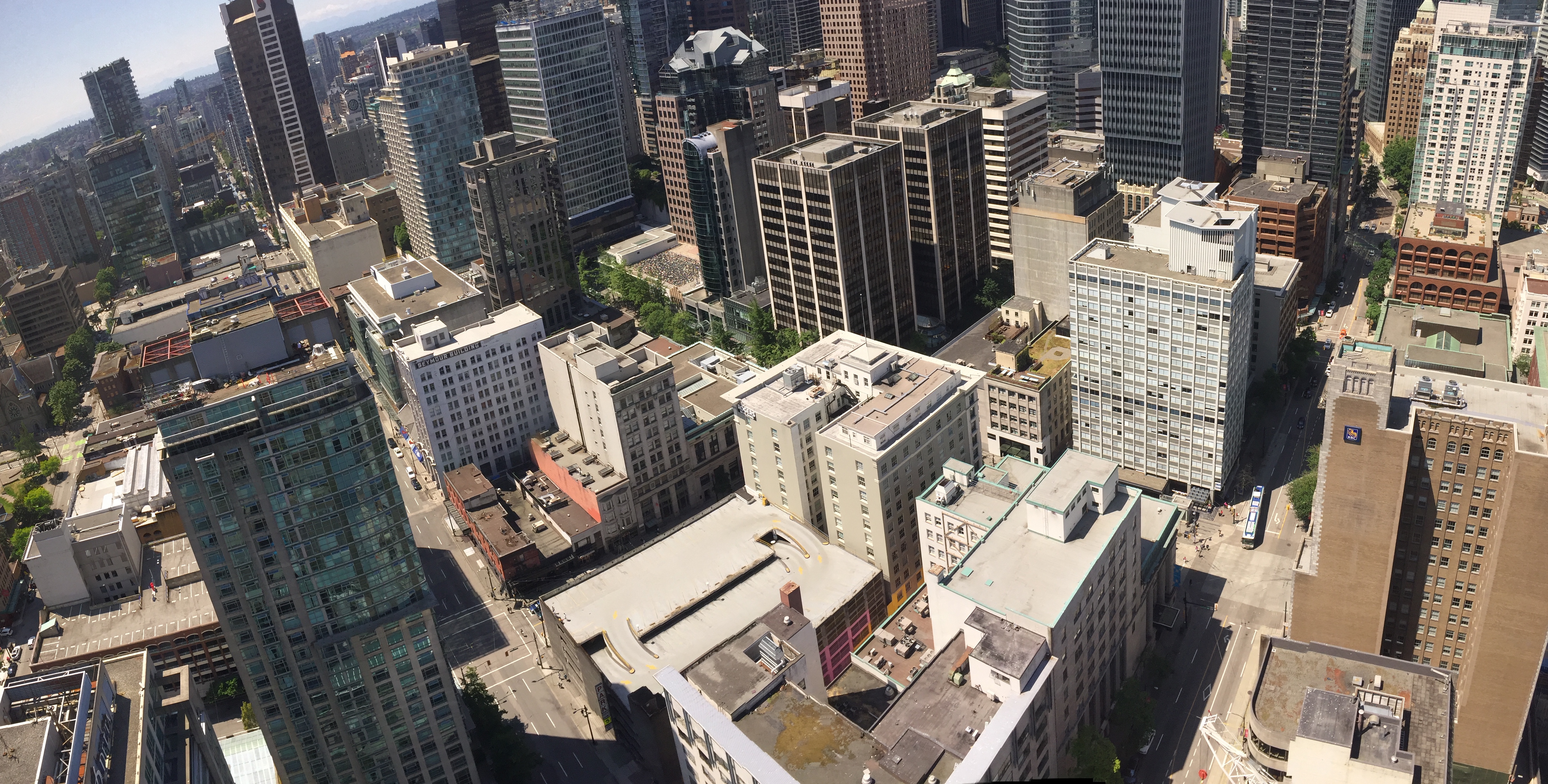 I left Seattle at night and found a rest area to catch some quick z’s before reaching the border, as I thought it may have been a long wait. Not too long, but I had to wait in line. Every city I am visiting (except for San Francisco) is leaving me a good feeling of “it could be nice moving here”, Santa Cruz above all, of course, but I know it would be like my Malibu, in the sense that even now, living in LA, Malibu is my secret escape, so I can’t really be there for long, or I’d get tired. Habit and flatness bore me, and I’d rather have my favorite places to turn to when things go wrong or I need a refill of energy and good vibes. Therefore, Santa Cruz: stay golden and I’ll come see you again. Portland was cute, Seattle was compelling. Damn, this world is beautiful. I so wish I could do this forever but with better circumstances, something like getting paid to go from place to place and do something good for the world. Yes, society yes. For society, despite the anger, the frustration, the dislike and all. My aversion for those I call “children of society” is clear, I know, you can see it in my eyes after a few minutes in a conversation. But I also know I have to accept compromises every now and then, so… I’m a grown up, at times, I know what the deal is, yo.

Before entering Canada, early in the morning, I did laundry and re-packed my Sienna, nice and clean. I am ready. With my mind full, my stomach empty and a sore body, I waited for my turn in line, dancing a little to wake me up and face the last hour or so of driving, before entering Vancouver. The officer was nice, he asked the same old questions: why are you here, where are you traveling from, what’s your job, where do you live, how long are you staying, do you have alcohol, drugs, whatever… yadda, yadda, I was in Canada. Again. After almost 10 years. Weird. Fun. Vancouver looked pretty and well-ordered, downtown seemed to be less chaotic than the cities I spent the last days driving through, and I could easily find a parking garage where I left my car for the whole day while visiting and walking around. Many are complaining to me, saying I can’t see much of a city in just one day or even less, which is partly true, but I am here to steal with my eyes whatever I can, I am not on vacation. I noticed I am basically binging on all this driving and seeing places, so it just turns out my binging habits will never leave me alone. Nice. All I can say in my defense is that I know. I know you should stay longer to appreciate anything: the city itself, the food, the places, the people, but where would I stay? What I am doing is different than what people do when traveling around. I feel like Truman when sailing away to prove his doubts were real. I am sailing away with an unknown destination, to see if my reality is actually true. I need to touch with my hands the end of this bubble called Earth. How about that?

The first thing I want to do is seeing the city, and I find a place where you can actually see it from above: the Top of Vancouver Tower has a lookout area right below the Restaurant, where I obviously could not go for now, but who knows? If I’ll be able to go back in the future, I’ll hit the restaurant with a view, first. I sometimes feel like I am doing all this as if I had to die tomorrow. (Scroll shoulder, who knows) Ergo I gotta run run run and see see see things. Who knows, maybe I am dying tomorrow, or the day after. On a happier note, I managed to have a great meal at a vegan spot called Indigo Café, and a banana muffin with a lavender tea latte in a place called Waves so I could get wifi and update you all. I spent the afternoon walking up to Stanley Park which is immense. All went well, until I saw the horse-drawn tours offered around the park. Is it really necessary to treat horses like trucks dragging trailers with up to fifty passengers? I mean, I would already complain for a carriage holding two people, but like this? With only two poor horses pulling like there’s no tomorrow? Appalling. Those creatures looked tired and sad, so I approached them and started petting their noses. They let me share some loving, wishing I had some kind of telepathic connection I kept on telling them “I’m sorry little horsey, I am sorry. We’re trying” and for a moment I thought they could feel it, to the point that after a minute or two, they would push their head against my hand as to say “we know, thank you for trying”. Each of the four wonderful beasts would let me loving them for a really short bit, while people around me stared as if I were some kind of a joke human, or a hipster who turned out pretty bad-resembling one. I don’t know, I only cared about those animals, having to suffer with the heat, under the sun and all. I confess I cried a little while gazing at their big round black eyes, I suppose they saw that. But you did not. So photo or it never happened. No photo, sorry.

Apart from the inconvenience with the exploitation of animals, Vancouver still left me with good vibes. I found a place called “Vancouver Pen Shop” where they were selling everything for writing, writers, anyone… pens, paper, journals, books, anything I love. And it took me back to when I used to ask my brother, me being a young girl, annoying and demanding, to bring me home a gift from the city he lived in, while studying at the University, and he used to ask: like what? “Like…a pen! Just a pen. I’d love to have a new pen“. Eh, cwazwy. Mo’ memories, mo’ problems. Anyway, I could easily walk from one side to the other of downtown, and I enjoyed the walk and the view, although it would have been nice to have someone with me, to stop somewhere for dinner, or sharing the view, I don’t know. I get this feeling every once in a while, but for the rest I’m ok on my own, having no one to account for, adapt to, or report to: where are you? What are you doing? What time …this? What …that? Blaaaaah. Getting tired by the minute here so I ended my excursion and waited till the morning to see a little bit more before leaving, looking for my companion -the road, to join me on my way back to the US.