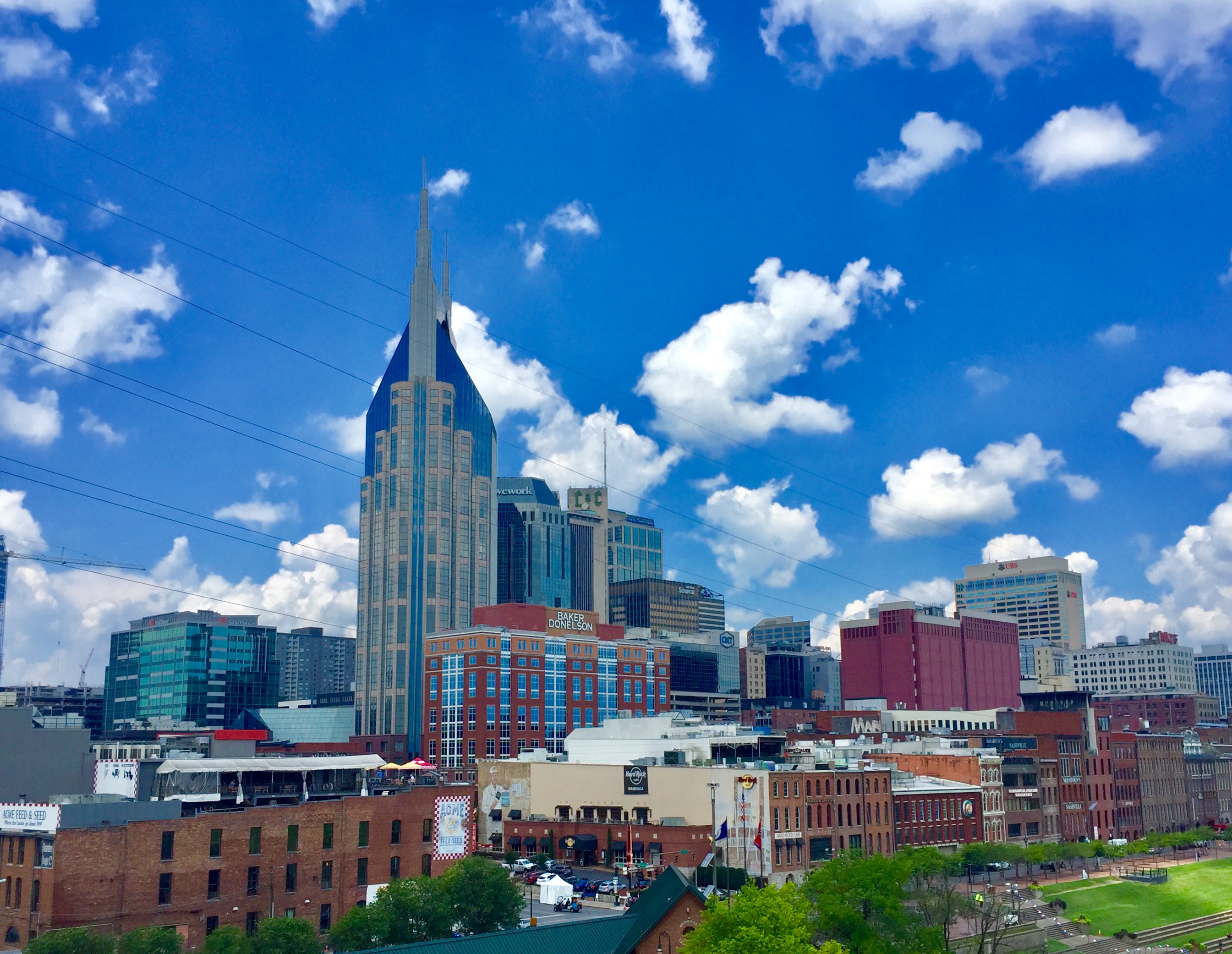 Who knew I would love Nashville so much? Yeah, me neither. I reached the city on July 1st but I needed a rest. My whole body (and soul as well) was aching so I spent the night at an AirBnB, because I am dead tired of filthy and creepy motels. I didn’t even meet the hosts, which is fine with me. I slept in a very comfortable room and the following morning I was ready to visit the city. A.m.a.z.i.n.g. Yes.

Being on the road for so long, relying only on myself and my reactions to things, I am also noticing how my mood changes, and how I wake up in the morning ready (or not) to face both life in general, and people most of all. It could easily be related to the menstrual cycle, as this week I can barely stand myself, not to mention strangers and annoying people who, for whatever reason, never cease to exist. Every little thing could be a spark to set me on fire, I’m irritable and I could kill. Not literally, but it’s better to not step on my foot. This said…

The first scene appearing in front of me downtown Nashville is a horde of individuals of any age, already walking up and down the streets at not even 10AM on a Tuesday morning, carrying musical instruments. Ding. Let’s go see this “Broadway” everyone is telling me about then, instead of wasting time looking for spots where I can capture a good shot of the skyline or so. Oh well. As soon as I see the Honky Tonk in the distance, I start hearing music on the background, as if there was a concert nearby. Getting closer the music gets louder, I can definitely tell that what I am hearing is live music, not something coming out of huge speakers. Welcome to Broadway, Nashville. For those who don’t know, just like me before I got told, a “honky tonk is an establishment that contains at least one rocking stage, cold beverages, and a party that lasts all day, everyday.” Yes, every single day. The streets are packed mostly every day, you can listen to music for free, taking a stroll or drinking at a bar, and usually the people playing are those waiting to see their dream come true. Plus, being the week of Independence Day, they’re assembling a stage right at the center of the street blocking the intersections with the major roads, so I guess there will be some sort of massive party going on either tomorrow or the day after. Too bad I’m going to miss this. No, not really. I can’t “people”, not all these people, all by myself. Not these days.

<<Once upon a time there was a little Italian girl who dreamed to be a rockstar. She used to sing and dance, mimicking Jem and the Holograms and listening to the bands his brother was listening to. Madonna, Michael Jackson, Mariah Carey but then Dire Straits, Police and Phil Collins were always playing in her dad’s car. She was one of the very few who had the Cicciobello Rock, a doll with a microphone who could sing and dance (see photo) just like her. She will never be a star and she will never again sing on stages, in front of people, covering pop songs with her friends as a teenager. Then one day she found herself in Nashville, Tennesse, when she was not a girl anymore, and her dreams changed with the time and the places she lived in. Crossing path with all these other people in the music city, she felt their vibes and smiled at them. It was nice to realize there is still someone out there who dares to dream, and they dream big. So she shed tears and wished no one could see. Then, she kept walking.>>

After having absorbed all I could from those vibes pervading the air, took a few shots of the skyline, smiled and sung in silence, recognized a few songs and going all the way down memory lane with Kid Rock and the day I met and hugged him at the U.S.O Christmas event in Aviano, I walked all the way to the Musicians Hall of Fame and Museum, and took my time there, honoring those who made of music their purpose in life. It was sad seeing nobody cared that much. The museum was almost empty, but I was glad I could enjoy it with very few humans around. Nonetheless, obnoxious little girls monopolized the recording booth where you could record yourself singing songs like a rockstar, and the little girl in me snapped, while the adult smiled at them, and she was glad they could have some good memories. (Mofos!) What is certain is that they will never have a career as singers unless they take singing classes. DearLord they were so out of tune. My ears were bleeding, at every “you’re gonna seeee meee roooaarrr oh oh oh oh”. Poor Katy Perry. To frame and conclude my stay in the Music City, I look for a good plant based place to have lunch. I am taking myself to lunch at a restaurant today. I find Vege-licious and at first I think I am going to regret it because why spending money when I could get something at Whole Foods or so? Instead, the place is a cozy little home-based spot, rural and sweet, where the atmosphere is serene and food is really good. The cheesecake too, which was the perfect way to satisfy my sweet tooth after a whole plate of “soul food” I got as main course. If you’re in Nashville, go check it out before they expand. And even after.

Anyway, time for me to move on to the next stop, which I still don’t know what will be. I’m heading west, that’s for sure. If it took me more than three weeks to get here, I am counting it would take me at least the same amount of time to find myself back in California. I guess the final destination, at this point, is Los Angeles, CA. What we don’t know, is my next destination, and the following, and the next one, until the car allows me, and until I’ll be in the City of Angels, once again.

As far as I am concerned, it could take longer, and I am always open to possibilities. I am still on the road, and I am still may destinations to reach which are still not revealed because I’ll picked them every morning by just looking at a map I bought in April. Let’s see where I will be tomorrow, and let’s keep moving from there. Meanwhile, if you’ll ever get the chance, visit the music city because it is soooo much worth it. I did believe too that it was only country music and a bunch of rednecks. It’s not. It’s a cradle of bands, musicians of any kind, trying to find their way to success, and that’s fascinating. Keep dreaming y’all. Because, quoting the Blind Melon, “when you feel your life ain’t worth living, you’ve got to stand up and take a look around, and you look way up to the sky. Yeah, and when your deepest thoughts are broken, keep on dreaming boy, ’cause when you stop dreamin’ it’s time to die.”