If I could describe this tv-show with one quote, I think the most fitting would be F. Scott Fitzgerald‘s “So he tasted the deep pain that is reserved only for the strong, just as he had tasted for a little while the deep happiness” from All the Sad Young Men (1926). I am probably biased, as I’m only focusing on one character in particular (Eddie Lane), but I can stretch this a little and make it fit to some other members of this series and the religious movement it portrays. What is this series though? The Path. Yes, I am finally going through my to-do list and this tv-series has been finally ticked as “binge watched”. Moreover, the third season in up on Hulu.com now, so once my binge watching session was over, I continued watching it religiously (duh) every Wednesday, which is the day it airs on the platform. May I also say that, somehow, I felt drawn to it? Yes of course I can, who can stop me? So yeah, I did feel the urge to watch this show although the title was not really convincing. Eventually I fell in love. They got me at “Aaron Paul” and could not stop watching ever since. 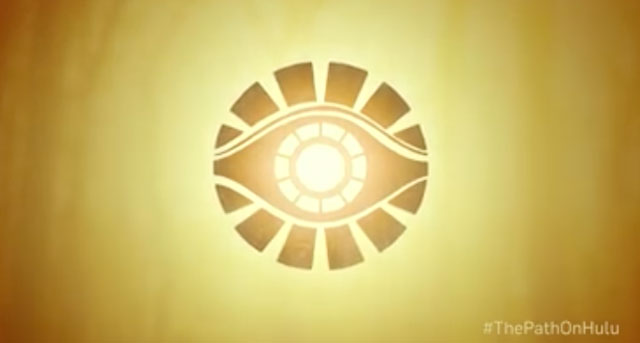 The show is set in Upstate New York, no wonder something told me I had to watch it. I lived in Saratoga, NY and the surroundings you detect through the setting of some of the episodes were strangely familiar and strikingly real. In LA, one of my previous house windows opened above the parking lot of the big blue building belonging to Scientology: I was always curious to know more, just for the sake of it, so I started reading something about this cult. Later, when I read “bla bla bla the Meyerist movement, a sort of Scientology” going through the series synopsis, I couldn’t help but smile, and just yield to the excitement of watching… The Path. I have to be honest (as always after all): watching the first couple of episodes I actually wished this movement were real: the bliss on the serene faces of these Meyerists, these “real believers”, the philosophy they believe in, their lifestyle and their manners are as charming as the devil, but they could also be -unfortunately- a sort of utopia. You see right away that everywhere you go, even among the shiniest commune that may exist in this world, there is always something rotten hiding behind those who are in power. I’ll go straight to the A|R because the whole point of all this is to show you how interesting this TV-series may seem.

Transparency, honesty, and the research of The Light is the focus of this community, willing to fight negativity in order to receive enlightenment, and to be ready for The Future, which is near and apocalyptic, basically a sort of Judgement Day. In order to climb The Ladder in the sky -that is apparently made of fire and it goes from the Earth to The Garden, i.e. Heaven, the followers of the Meyerist movement have to go through 10 stages, each one represented by a Rung (of the Ladder) while following the Light and The Truth, which is a way to say God, in my humble opinion. Cute is the symbol of the movement: an eye with eyelashes that look like the rays of a shining sun. I mean, wouldn’t you think too that this is kind of cool? I would totally start believing in this Truth and I would totally be an adept of this cult. No wait, “it is not a cult, it’s a movement!” as they repeatedly say whenever someone accuses them of being another among the many religious cults in the world. And then Cal happens. And no, Cal does not stand for California. Cal is R10, the last stage of the climb and he is a charming fellow in disguise. Tormented by a past he cannot (or does not want to) recall, he seems to be acting weird and completely far from the movement’s directions: he drinks, he kills, he lies, he basically does everything wrong, but he preaches correctly. Duh. 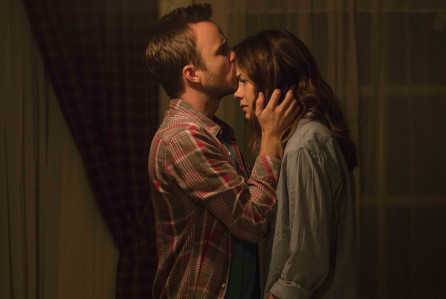 The story takes a wrong turn when Eddie goes to Peru, where the founder of the movement eventually moved to pursue his final passage into the Light (he shouldn’t die as a normal mortal as far as they are concerned) and to look for answers and connections, in order to finish what appears to be a sort of Meyerist bible or book guidebook he personally wrote. In Peru, Eddie goes through a ritual practice which uses ayahuasca, referred to as the juice of “sacred herb,” and starts having visions: there is no Light, Steve is dying, the movement is based on mere lies. When he gets back home to Sarah and the other members, Eddie says nothing and tries to keep his secret, as he starts to not believe in anything, anymore. From now on, what once was a slightly slippery slope kind of situation, turns into a vortex of lies soaking up everybody’s life and basic certainties.

What happens then? Watch it yourself. I promise you though, that after a couple of episodes, you’ll start getting familiar with their verbiage, and I want to help you a little prior to your binge watching session: when they talk about The Ladder they are referring to their foundation. The reason why they want to be part of this movement can be found in the 10 different rungs of this Ladder, each one indicating the “level” of awareness and of “enlightenment” of its members. A Possible is someone who is interested in the Meyerist Movement and cannot be considered an IS -ignorant systemite- anymore. A Denier, as Eddie will be (no spoiler, you’ll see), is someone who decided to leave the movement because he or she does not believe any longer, and to the eyes of a Meyerist, this is really, really bad. To avoid and beat the deniers, basically. Then there’s what confused people at the beginning, making them believe the show was about Scientology: the Meyerists use a machine, similar to the Scientology’s E-meter, which is necessary to re-align the spirit of the believer after a damage (emotional trauma) or a sinful event, which is called Transgression. 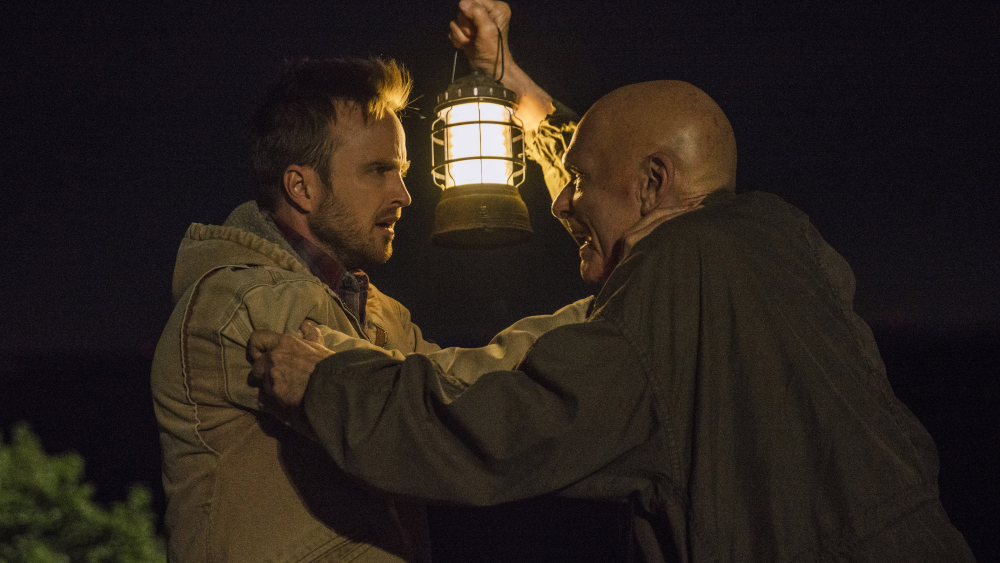 Catholics have confessions, Meyerists have the Unburden: basically the same concept of purging and confess, in order to expiate your sins. You can resist to this practice, or you can offset, doing some good to overcome what you did wrong. Then something really funny (to me) comes up:  the IRP. What and why is so funny? Well, the IRP to me was the Independent Research Project I had to write in Graduate School to get my Master Degree. We “literally” did spit blood, it should have been our calling card to apply for a doctorate, long story short, it was a pain… in this show, IRP is the Infidelity Rehab Program. I don’t know, is it just me laughing? I bet this could be at least as painful as my IRP was. If you cheat, you may be forgiven (I’m sorry, but I’m still laughing…) but you have to go through counseling and purges and some other bla bla bla. I swear, I can’t stop laughing but …whatever. I would rather go through Realignment a thousand times then, at least you’re forced to eat fruits and vegetables (which is something that sounds pretty awesome to me!) and you are not allowed to leave your assigned room in the compound (the area assigned to the movement for its members and families to live in). Basically a vacation to realign with your soul. I’d take it anytime.

I will totally skip on the fact that Kyle Allen, who plays Eddie and Sarah’s son, is the spitting image of my beloved Heath Ledger so it is definitely worth watching the show at least for his presence (and beauty), or on the fact that Prison Break‘s C-note, plays the role of an undercover FBI Agent who gets involved in the movement, let’s just say, on several levels… and we’ve already said that it is definitely worth watching because of the themes and the atmosphere in it, so I would only add the soundtrack for now -good old music-, oh and …did I mention Aaron Paul?