I confess. This is one of very few times in my life now I surrendered and watched something just because it was advertised and Netflix sent me a pretty cool invitation when it came out. Eventually, I liked it. Not that I would kill to watch it again, but I will definitely watch season two as soon as it gets released just because I want to know what happens next.

Stranger Things is captivating for those kids like me who were born in the ’80s and by watching a show which offers old school music and references to that time, you can’t help but remember the Goonies, the Gremlins, Stand by Me, and others, maybe with a little bit of nostalgia. If you have a keen interest in vintage and old style cinematography, welcome aboard. Honestly I am not a huge fan of those years, (so not technologic, evil laugh) but probably it is just because those old movies scared me when I was a child. I always had a very rich and detailed imagination, so watching ambiguous images only contributed to have nightmares, until rationality took the lead. I was still having bad dreams, but at least I knew it was just that. A “This isn’t real!” kind of awareness. I am not sure this was actually a positive change, but at least I stopped worrying about aliens flying bikes and calling home, close encounters of any kind, cute little things turning into evil monsters after midnight, cheeky human-like ducks coming from the future, and ufo navigators. 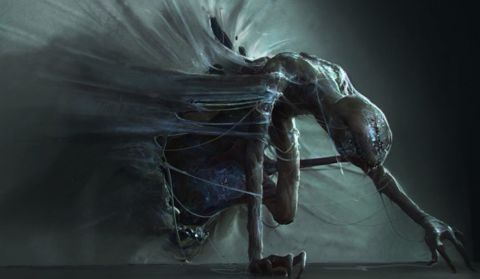 We used to have horror movie nights on TV, not sure if it was on Wednesdays or Thursdays during the summer, when the school was over and kids could stay up late, as they were usually broadcasted late night. As of today, I should ask young millennials how it works, considering they have everything they want (and do not want) available anytime, anywhere. They may have thought that the setting of this show was tremendously old fashioned and out-dated, kind of what I used to say when I had to watch spaghetti western with my parents. Yeah, let’s not rub it in. Instead, the reference that the producers and the writers gave to the show is not as heavy as someone would expect, it is actually fascinating, also considered that they rendered the idea by using the instruments we have today, so chapeau!

I particularly appreciated the fact that those who appear to be the strongest and coolest characters of the show are women, Eleven and Will’s mother, among the others, are essential for the balance that the story keeps throughout its development. They could have used a normal boy, instead the supernatural magical kid is a girl and she.is.the.bomb.

Nothing terribly psychological came up while watching Stranger Things. If you are looking for an excuse to criticize or judge, I do not believe you will find any. Just like I did, enjoy the product of contemporary cinematographers who dare to play with the past never resulting in an overdose of clichés, rather building a great mix for TV-series addicts. 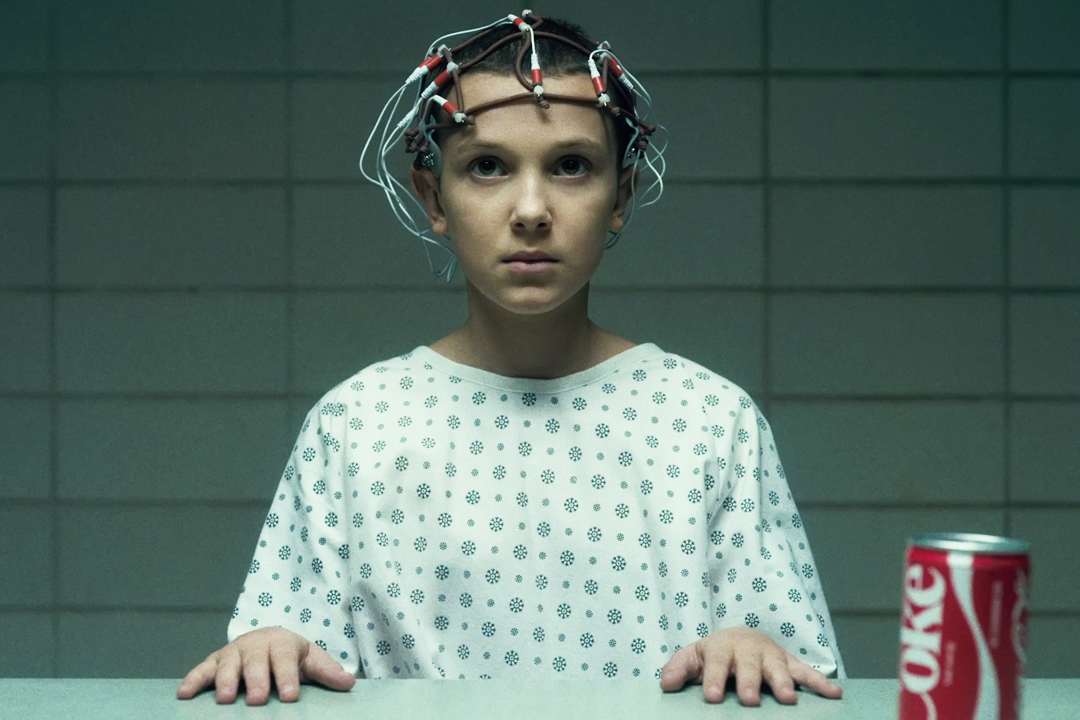 We are in Indiana, USA in 1983. A twelve-year-old Will disappears mysteriously while, on the other side of the town in a secret laboratory, a monster creature comes to life. A young girl trapped in the laboratory, manages to escape after the accident with the monster. She is running away from the lab agents who are chasing after her, when the girl meets three kids who are Will’s best friends: Mike, Lucas and Dustin. Mike understands something is wrong with the girl who does not speak, and the only thing she manages to tell him is her name is Eleven, after reading the number she has tattooed on her arm. He eventually hides her in his house and takes care of her feeding her with Eggo (I know, I had to point this out). Eleven knows what is going on and she helps the boys look for Will, who apparently got trapped in another dimension, where monsters and evil creatures live. 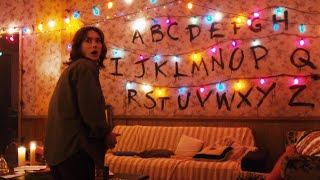 Winona Ryder is Will’s mother, who does not believe the agents when they say her son is dead. Everyone in town starts thinking she is going insane when she says supernatural events are happening in her house: it is Will’s way to get in contact with her mother, asking for help from “the other side”. Will’s brother and other people from their town unites looking for the truth behind this evil laboratory, which seems to be the source of what is going on. Meanwhile the agents try to capture Eleven to take her back to the lab.