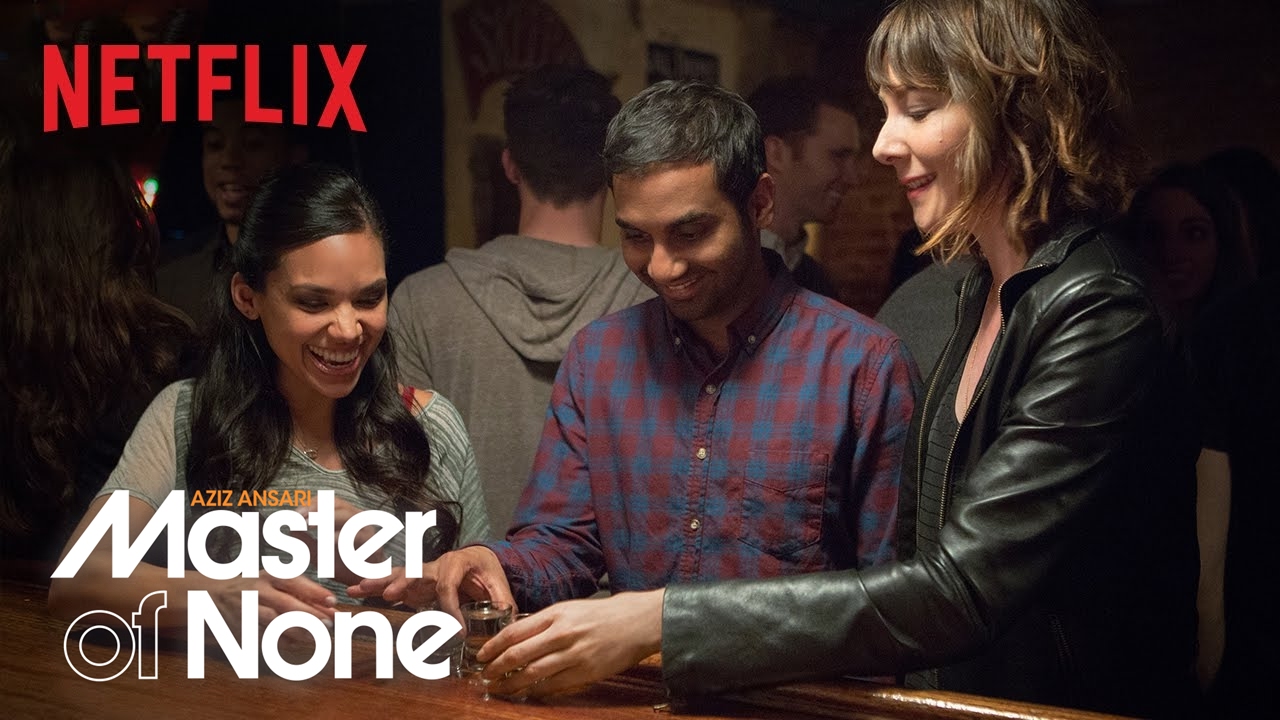 If you watched Master of None you may have noticed there is a hint of Italian (both language and culture), and  most of all in the second season, where basically Italian viewers who do not speak English almost do not even need subtitles for part of the episodes of the series. Almost. Because there’s always that old issue about Italians not speaking English, and “talking moving their hands” all the time, showing that sign, you know, that way of sticking the fingers of one hand together as if they had to do some shadow puppets show or something… so they all (right?) need to be guided in watching a tv show or a movie. Sure. 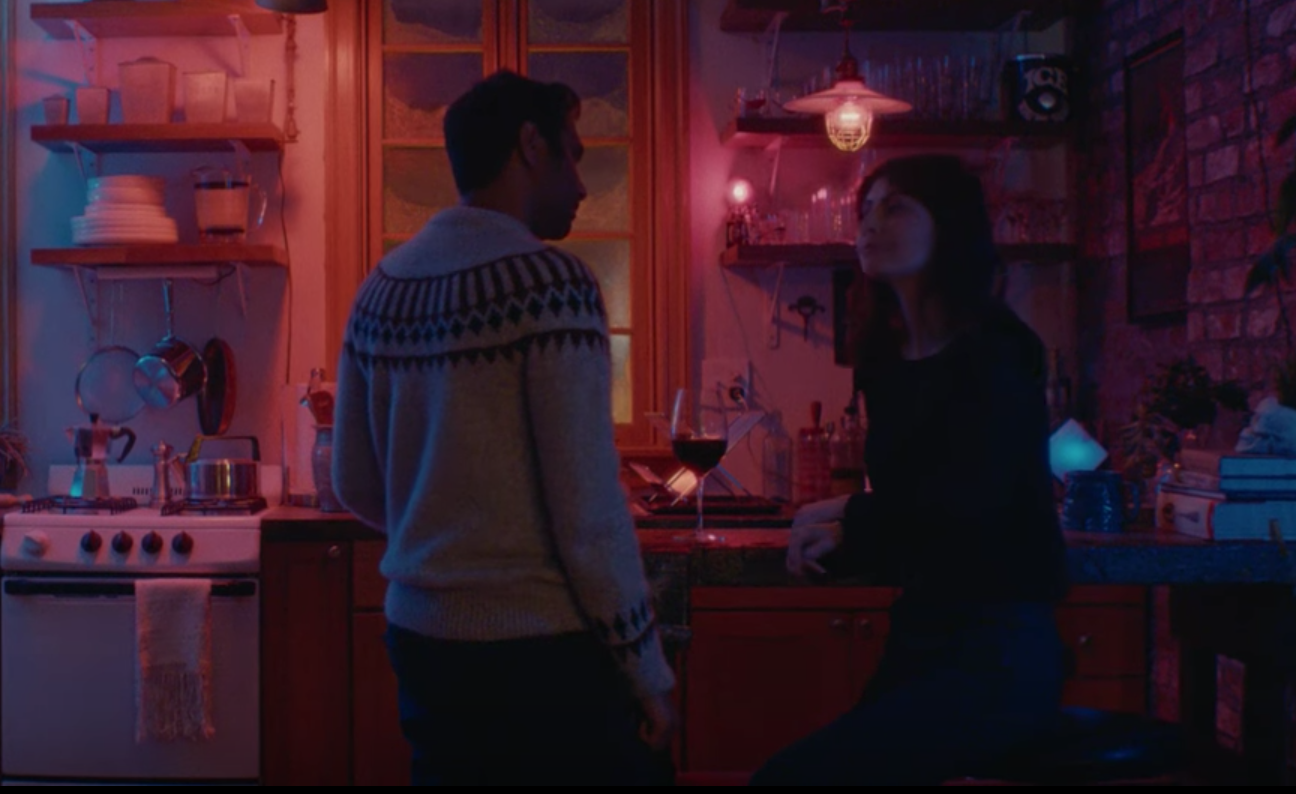 Ok, I have to be honest. More than an Alternative Review this will eventually appear like a rant or so, and you will see why if you’ll keep on reading. Apart from the clichés, which is something that I cannot really stand in cinematography and co. (Italians, pizza, pasta, mandolino, to be explicit), I am not actually appreciating all this trying to make tv-series more “exotic” by introducing the Italian “on call” who gives that hint of… what? Italianism? (Yeah, making up new words has always been a prerogative of mine so let me be!) Romance? Stereotypical view of a foreign (or not so foreign) culture? I mean, Aziz Ansari, could you explain to me why you too thought it was necessary to borrow the art of making pasta for your show? How about the art of basket weaving we inherited from indigenous people? Or the heavenly -for those who do not actually work in the field, considering it is exhausting and hard, in each and every sense- cinnamon peeling from Sri Lanka? I don’t now, these are just the first two “typical” things that pop into my head but then again, who am I to suggest anything?

I am just saying… even Shonda Rhimes felt the need to introduce Stefania Spampinato to Grey’s Anatomy, as the eccentric doctor who is specialized in female orgasm and its effects on the human brain, so… why? What pushes directors, screenwriters and whoever gives ideas on these shows, to say: << oh hey, let’s introduce a character who will be Italian, or of Italian descent maybe but it HAS TO speak Italian, and see what the public says? I’m sure they’ll love it.>> Yeah, no. Not really, although I’ll keep on watching your show. But that’s certainly not the main reason why I am doing it. 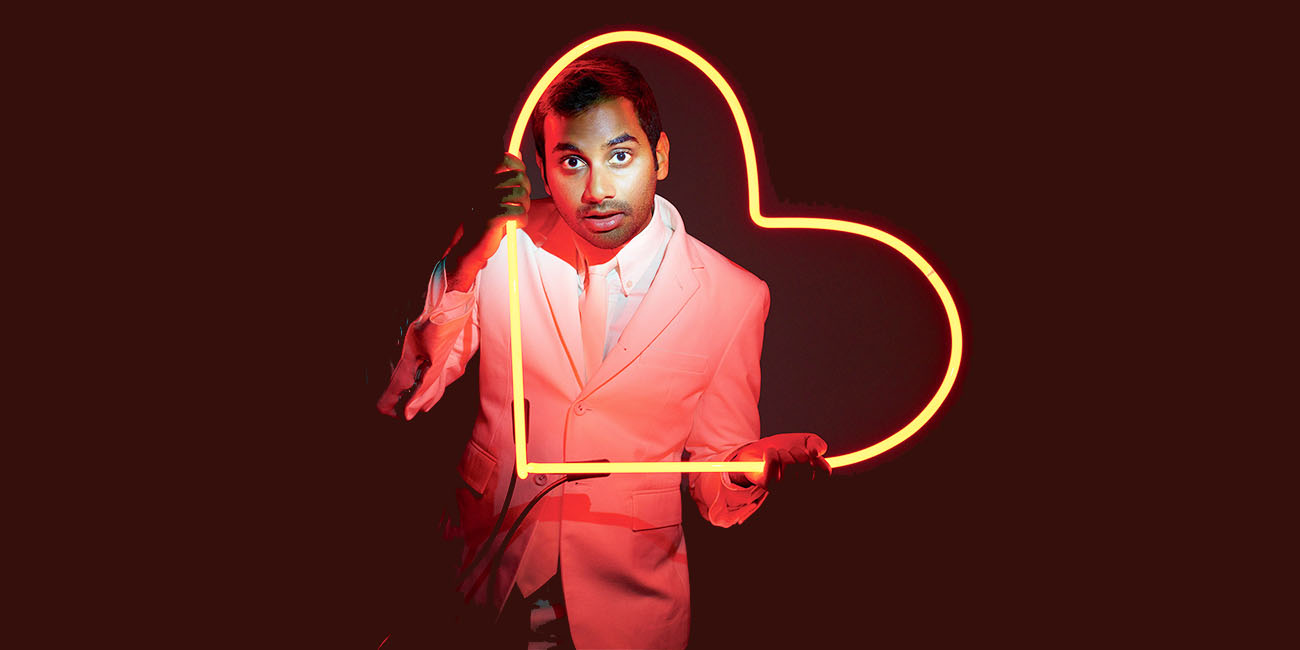 Going back to Master of None in the specific, if you haven’t seen the seasons, please do. It did win awards after all, and it is multicultural (on several levels) so give it a try. But please, please, do not do it just because most part of season two is set in Italy and << Aw, it really reminded me of when I was studying abroad and I miss it>> or << Aw, it totally depicts a portrait of Italy I never experienced in that shit hole of my small hometown (Pardon my French, you know me though!)>> so… am I right? Ok. 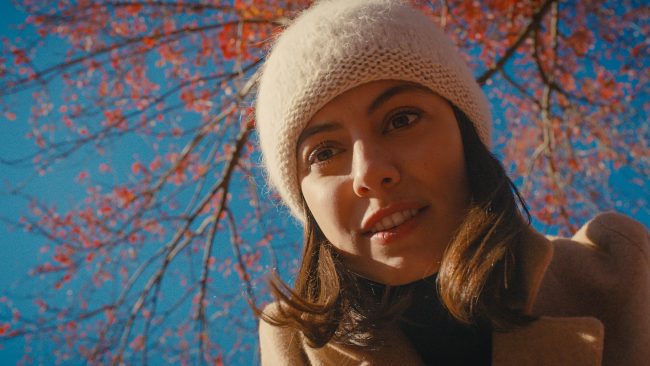 Master of None is set in the Big Apple. You scored already. We’re in New York, we see what is going on today, the time of social networks, of futile relationships and the fear of a very uncertain future. Aziz Ansari, the creator, plays also the role of Dev Shah, a guy in his thirties who wants to be an actor but struggles to have parts that actually satisfy his needs. While he works now and then for small acting roles, he simply lives his life with friends, he goes to random dates and has (interesting) tv watching sessions (go, go binge watchers!). Nothing too heavy, nothing too mental to be understood or processed, the first season passes by smoothly, and you probably liked the fact that, indeed, it was a nice easy series to be watched on weekends. Nothing to be binge watched, unless you’re the bingewatching queen, then you’ll have to watch both seasons in a whole weekend. Said and done. Thanks. You’re welcome. 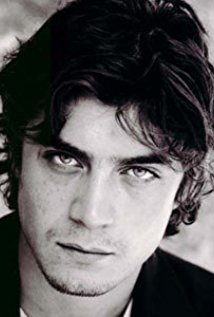 The second season is the one that everyone is praising for Aziz’s choice of setting it in Italy, at least for the first two episodes, and eventually bringing Italy to the US through Francesca (now seriously? How cliché is this name? As if all Italian women were named Francesca, come on!!!) and the titles of the episodes together with the soundtrack which keep on representing the culture of the “”il Tricolore“. Dev goes to Italy to learn the art of making pasta (roll eyes!) and he experiences the typical (as assumed by the outsiders) Italian lifestyle. Aziz tries to speak Italian as well: funny, you get some points on that too. Still cliché-y though (Yes, I made that up too!). In Modena Dev will meet Francesca, played by the super Italian Alessandra Mastronardi and for every girl’s sake we will also see Riccardo Scamarcio playing Francesca’s boyfriend. Meh. Why meh? Well, the girl eventually goes to New York (no spoiler alert yet, don’t sweat it!) but what has never been clear to me is: was she really in love with Dev or did she simply like the idea of having a love affair in a foreign Country, in a city she loved and far from the Italian routine? Eh, I wonder. I would love to talk more about this Italian haunting presence in today’s serials but I’d rather leave this A\R like this, so that you can simply message me your thoughts and then we can chat about it. I will not even touch the recent news about Ansari being charged of sexual offense so do not expect this article to say more about it. 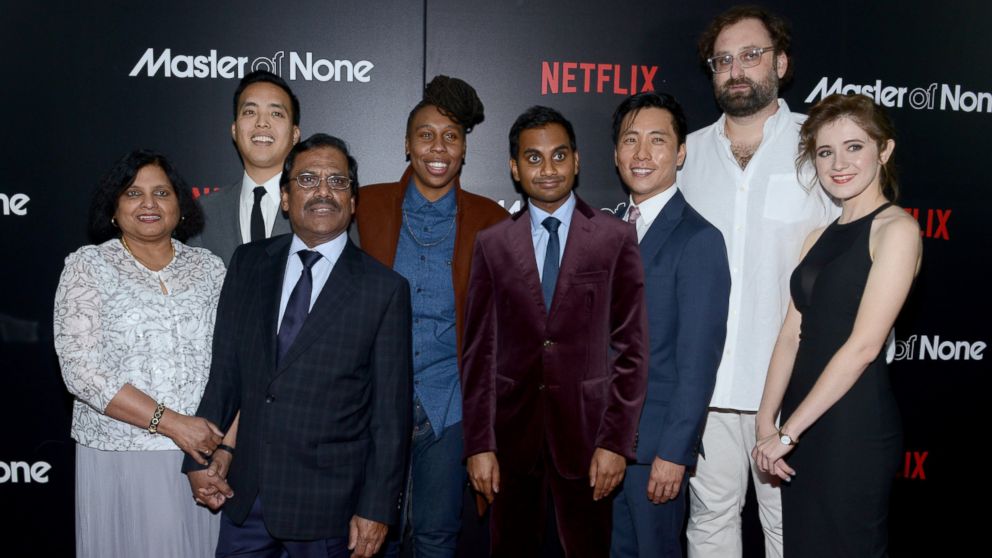 As we said earlier, it is the story of Dev, a guy, originally from India, who lives in New York with an entourage of international friends: Rachel, a “white” funny-crazy girl who wants to be free and independent; Arnold, a Jewish guy who shows off his childish tendencies; Denise, an Afroamerican gay girl, very smart and direct; Brian, an Asian guy who takes life easily and without worrying too much; Benjamin, the only one who got married and he’s not even happy about it, apparently. Although we know of Dev’s friends for the relationship he has with them, we never know about their lives in details. It is Dev our main character and focus of the series. They are necessary though, as it is thanks to the experiences he has with them that he reflects, he acts and contemplate about his life and the way he approaches it. It is a story full of stereotypes, to make people laugh (maybe?) and realize that most of the times we act because influenced by these clichés indeed. It shouldn’t surprise me that Francesca, as well, is portrayed in the most common way someone describes a citizen of Italy. Nevertheless, while the others are just part of the frame, it seems that this Italian hint was necessary to underline maybe a message that, to me, remains unknown. Whether or not it were actually -necessary – to add another character to the series we do not know. I guess I’ll have to ask Aziz. Meanwhile, watch it and let’s see what you guys think of all this ranting… well, chit-chatting maybe. 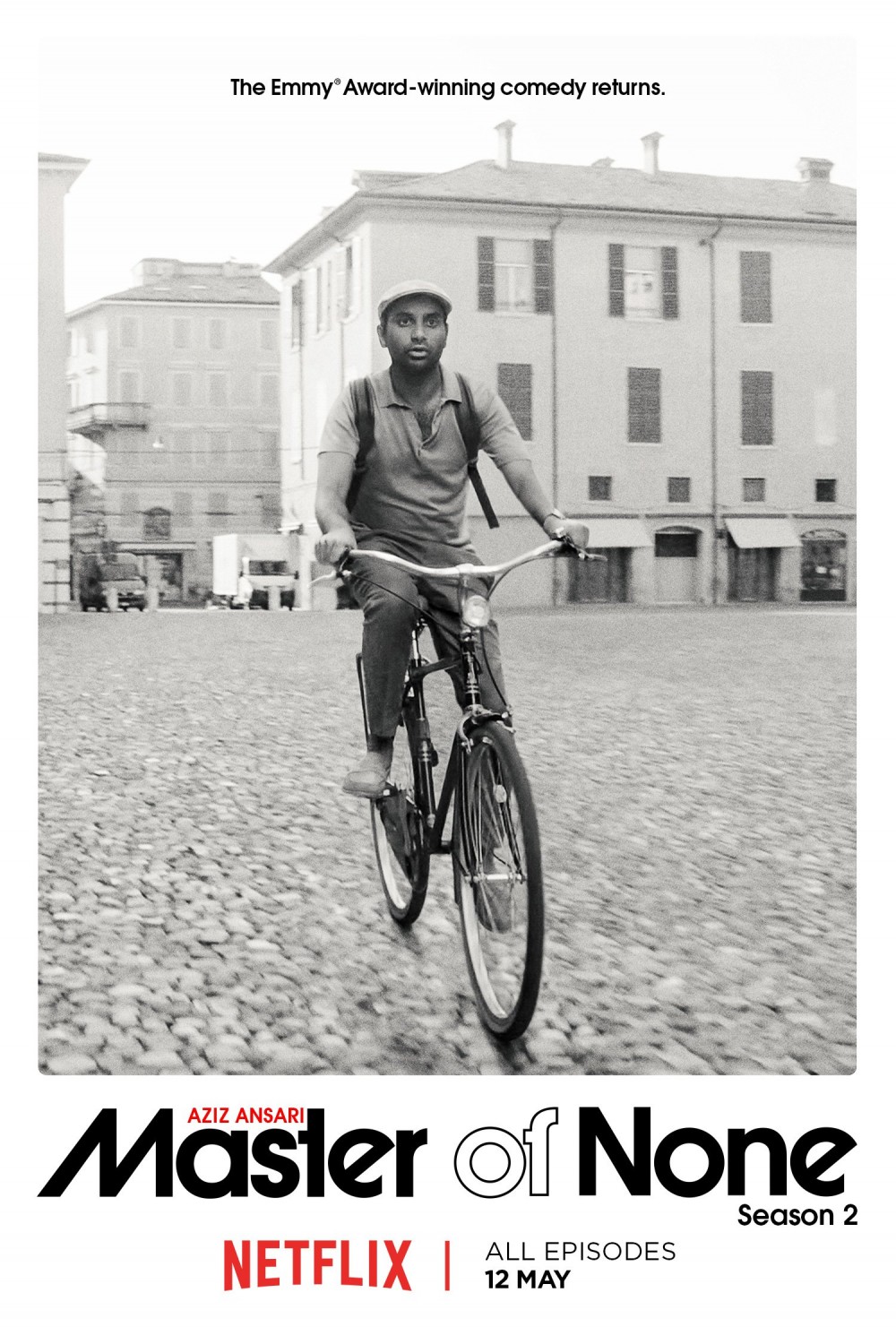