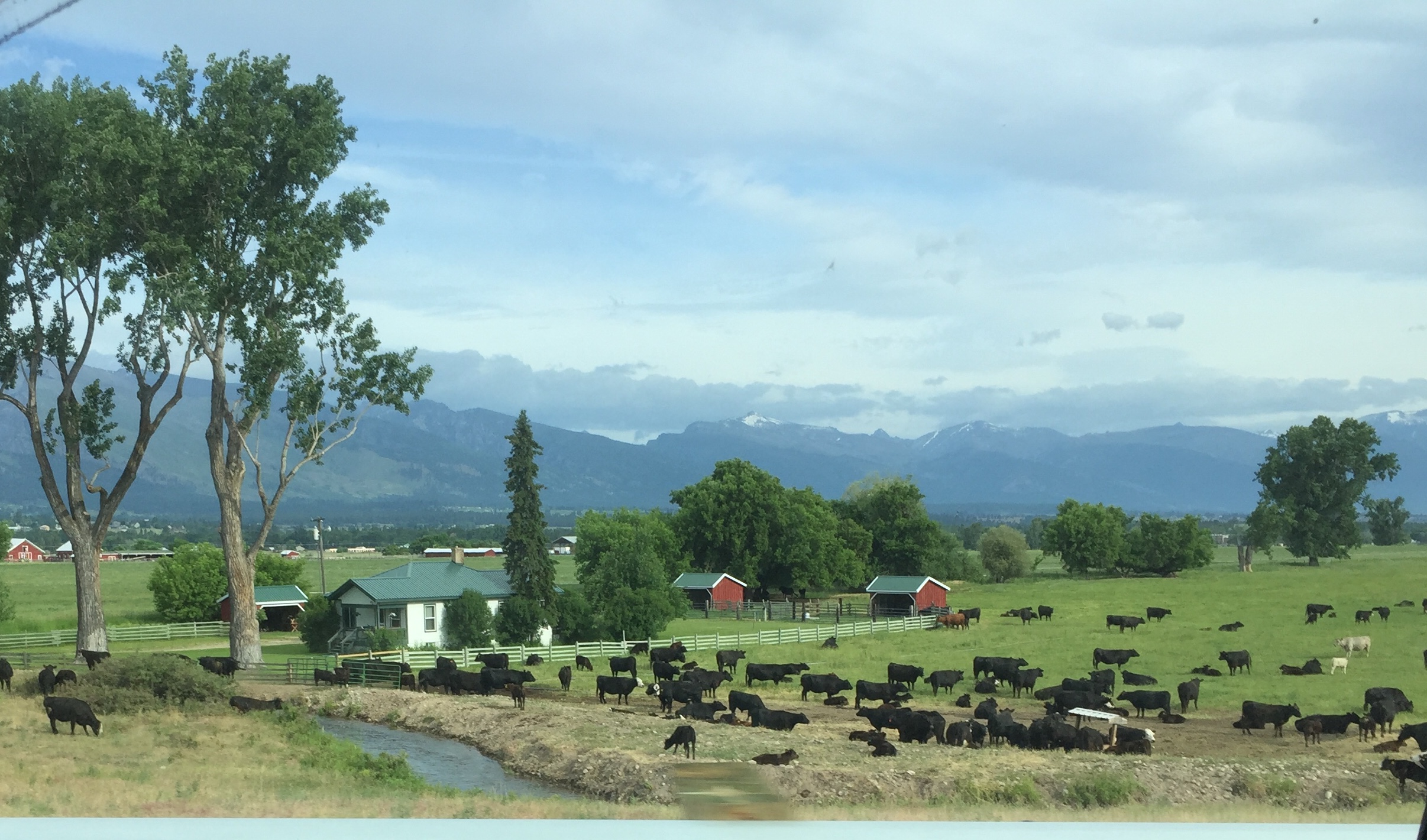 Another day, another long drive. Not as excruciating as the one taking me from Canada back to the United States, but evidently my body cannot take it anymore. My legs are often sore, and despite those times I could hit the gym, it wasn’t enough. I HAVE to find the time to move, I brought my boxing gloves and my hand wraps with me, but I haven’t even used them yet. Bad girl.

I woke up in Missoula, MN, quick pit stop at Starbucks which is getting repetitive I know, but what can I do? I got my breakfast drink (today I got black tea soy latte and it reminded me so bad of Melbourne, because that is what I used to have for breakfast at my former prison-movie set house in North Melbourne. Ha. Memories. I’m still waiting for someone to invent a pill so we can choose which memory to keep and what to delete. Just putting it out there). Anyway, oh well, oh well, oh well. If my eyes could speak… wow. What I saw today I am 100% sure is the prelude to what I am going to see tomorrow, if the storm hitting Idaho right now will allow me. I won’t spoil the surprise, and I am also a little superstitious so I won’t say where I’m going yet, also because I may end up not going because of the weather, we will see. Also, no destination, remember?

I reached Idaho Falls early this afternoon after having had my mind blown by the spectacular views I experienced on the way. I’m still saying “wooooo”, “waaaaaa”, “ohmyyyyy” because it was simply all glorious! It makes me laugh that, on the radio they were talking about how people complain about taking road trips in certain States of the US because you can drive for hours and see nothing but land, no sign of civilization, getting bored and tired. I was like “whaaaat? That’s the beauty of it all!” You can just sit, drive and enjoy the view for hours. With colors changing, shapes moving, flat lands alternating with mountains, hills and plateaus! I mean, how can people even dislike such things!! Are we going completely insane? Being out of civilization, like they called it, crossing only those who are out there doing probably the same thing you’re doing, and you feel like complaining? HolymotherofbabyJesus humans are nuts.

When I stopped to put gas in the tank at Leadore, ID, the woman at the register told me how she was seeing only travelers today, more than usual. She had people going South, East, bikers going all the way up to Alaska and then there’s me, going who knows where, but it was nice to be considered among those who actually know what they’re doing with their life. Chapeau. Before passing the Idaho “border” again, I could enjoy the green of Montana with cows, horses, goats, birds, …well, animals everywhere, and it was nice to greet them, even though they couldn’t hear me, nor they wouldn’t care. I just smiled every time I had to drive through these old towns, looking like the ghost towns in the Spaghetti Western style movies, all lined up facing one big main road, with wood everywhere, dusty porch and all, saloons… and most of all, I was loving the typical wooden entrance of all the ranches I was passing by; folkloric and picturesque to say the least. Quaint and cute.

Maybe because I saw it in the movies, or because you’re used to see these landscapes in the documentaries, I was not impressed by the existence of these places, because I know they do exist; rather I was in shock they could hold such a charming and eye-catching allure by simply being empty pieces of land on a never ending scenery stretch. Wow. Just wow. I have to say that I was really getting lost in my thoughts and it all seemed infinite by the time I reached Idaho Falls, but it was so worth it. I did so many stops to take photos, to sing a song in the middle of nowhere, to wear that beam of satisfaction on my face while making a 360-degree spin to enjoy the view. Precious. Enchanting. Keep adding whatever adjective you want, you have it.

Always in Idaho Falls I found once again an amazing waterfall right at the center of the city, so I took my time strolling down the riverbanks, sitting on a rock, listening to my music first, and the sound of the water crashing and flowing after, watching how the swallows were playing in the wind, flying low, brushing the water and the foam, without getting trapped (thank goodness), and then going all the way up in the sky again, and it was just hilarious. I thought “I am saying I am enjoying my freedom, but I wonder. If I call what I have freedom, what is what they’re doing over there? It’s like the Super Saiyan version of actual freedom, I believe!” until I’ve decided to take it really easy today, and take advantage of a pool I had available. I kid you not, the very moment I sat on the chair, 30 seconds in, I get an Alert message on the phone regarding a tornado approaching, warning everyone in the area to find shelter. Explained why the afternoon was so windy, but hell, a tornado right now that I wanted to chill under the sun? Welcome to my world. Pick up the towel, go back to where it all began, and wait for this tornado to pass. Eventually it was just a storm. Then the sun came out but it was already time to set, so no tan for this lady. And the night has come, bringing another storm, until I’ll close my eyes and will wait for another tomorrow to come. Bring it on!