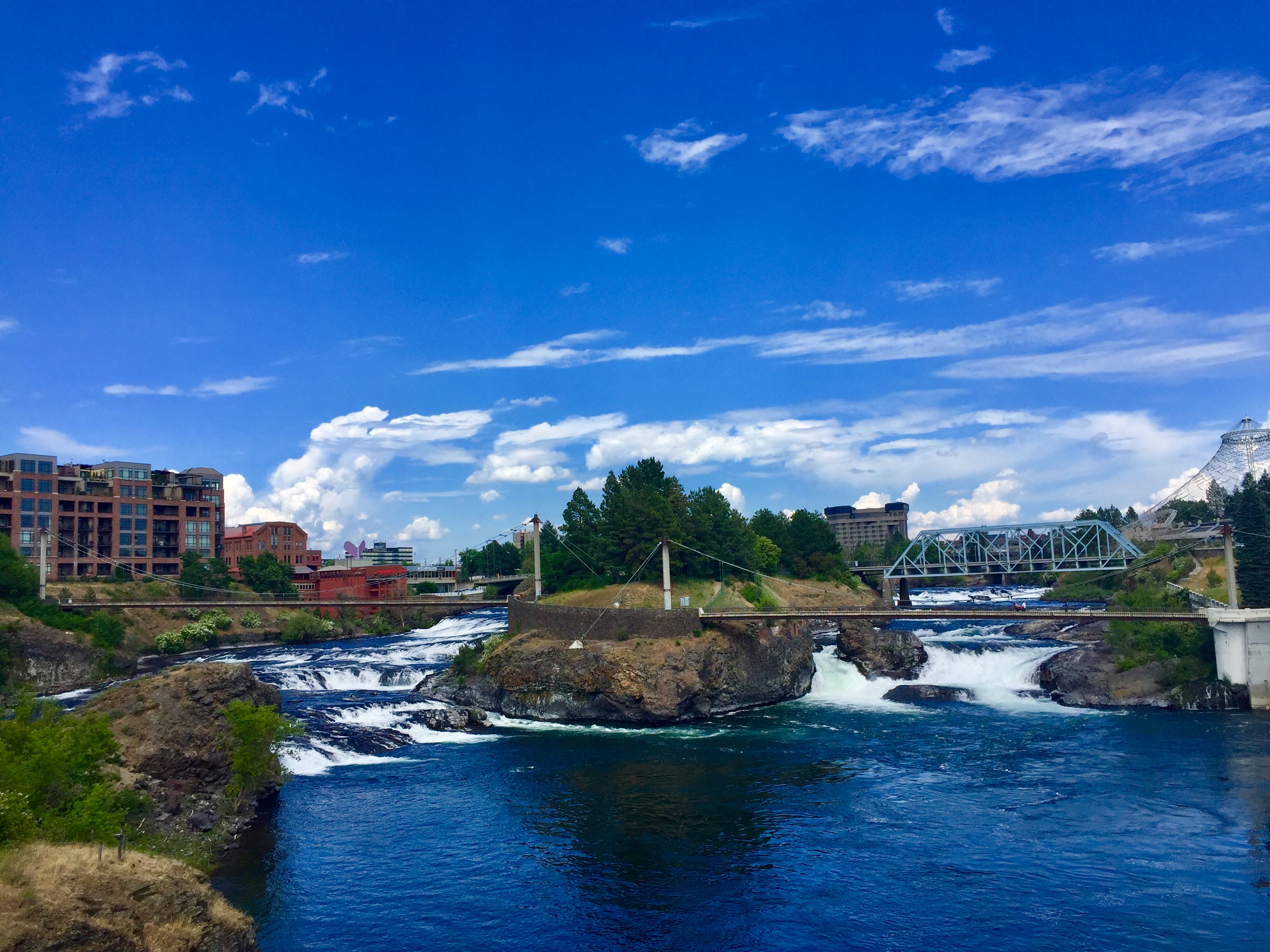 After driving for hours and hours yesterday, I eventually decided to stop in Spokane, Washington State. Why? Go figure. It’s one of those cities I’ve always known it existed because I could hear it mentioned in a song or read it somewhere, and I also realized that, the way it is pronounced in one of the songs I know, it is actually the wrong pronunciation. Jolene by Ray LaMontagne sings “Cocaine flame in my bloodstream, sold my coat when I hit Spokane” making it rhyme like cocaine, instead… it’s Spo-KEN. Whatever. Right now I am dead tired and I need to sleep. I drove for around 8 to 9 hours, I took a few rest breaks, but they were not enough to stretch my legs properly, so I often had to change position to let the blood flow again on my poor little toes. Plus, all those hours I missed sleeping (or better, not sleeping) here and there before, until today, are weighing me down. Deep down. I decide to find a motel room and as soon as I hit the bed, my eyes couldn’t stay open, and I fell asleep.

When I woke up this morning I had a brand new day in front of me, until I realized there is not really much to see in Spokane. Or so they say. My friend Jordan was kind of right when last night, before falling asleep, he called me and told me “there is nothing to do or to see in Spokane, go somewhere else”; but I stayed anyway. I took advantage of a “rest day” to journal and to keep up with the things I had to do, teaching on line included, which eventually ended right before I started driving towards my last stop of the day. I spent the morning at a Starbucks, by now my go-to place where I honestly just feel safe and inspired to write. Mr. Starbucks, I am addressing you once again: in case you wanted to sponsor me, considering also all the money I spend on drinks to have an excuse to stay and use your wifi and restroom, I am here. I would also come all the way back to Seattle, if that’s the case. Pick me, choose me, love me, as Meredith said to Derek (come on, everybody knows this quote!). I then found a cute place where a nice man sold me a bottle of CBD oil (no, not the one with THC, I am not planning on getting high and dry; CBD oil as pure hemp oil, is just like any other herbal supplement you could get, just google it and stop judging. Get informed, you fools!) because I find it useful to get some relief from joint pain and whatsoever. If you want to check it out, they have an online shop too (just click on _shop_). Worth a shot.

I finally walked along the river front, where I saw the waterfalls right at the center of the city. See? There is definitely something to see in Spokane as the weather was perfect, the light was just right, the sky and the clouds reflected in the water and the whole picture looked like a painting. I enjoyed it for a bit while walking and ended up spending a whole afternoon doing nothing special, just enjoying the “free time” before two hours of teaching on line, parked behind a Starbucks (again) with people passing by thinking who knows what; maybe that I may have been a criminal or something. Right at sunset I could finally hit the road again, and I’ve decided to reach Missoula, in Montana, always without a clue of why I picked that city but, as I keep on playing by ear, I want to believe there’s some sort of good instinct behind my decisions, and to me, this is more than enough. On the way, beside the splendid sunset I could witness, thanks to a storm coming from the opposite direction, I stumbled across road works, which seemed to never end, angry truck drivers speeding way more than cars while chasing you with those big bright headlights, and a thunderstorm. Yes, lightning and all, while swishing and slaloming from Washington, through Idaho up to Montana. But I wanted to get there as I feel this need to have network coverage or mobile connection whenever I stop to sleep somewhere, because you know? You will never know. Better safe than sorry. So instead of opting for a rest area in the middle of nowhere, this time I chose a spot in the city. Missoula is more of a big town than an actual city, so I haven’t even felt in danger; I just fixed everything for the night (which came sooner than expected because I am now in another time zone), uploaded a few photos on Instagram, and fell asleep in a very uncomfortable position, which eventually had its side effects the following morning on my poor old neck and back. I know, I’m too old for this sh*t. Just shush.