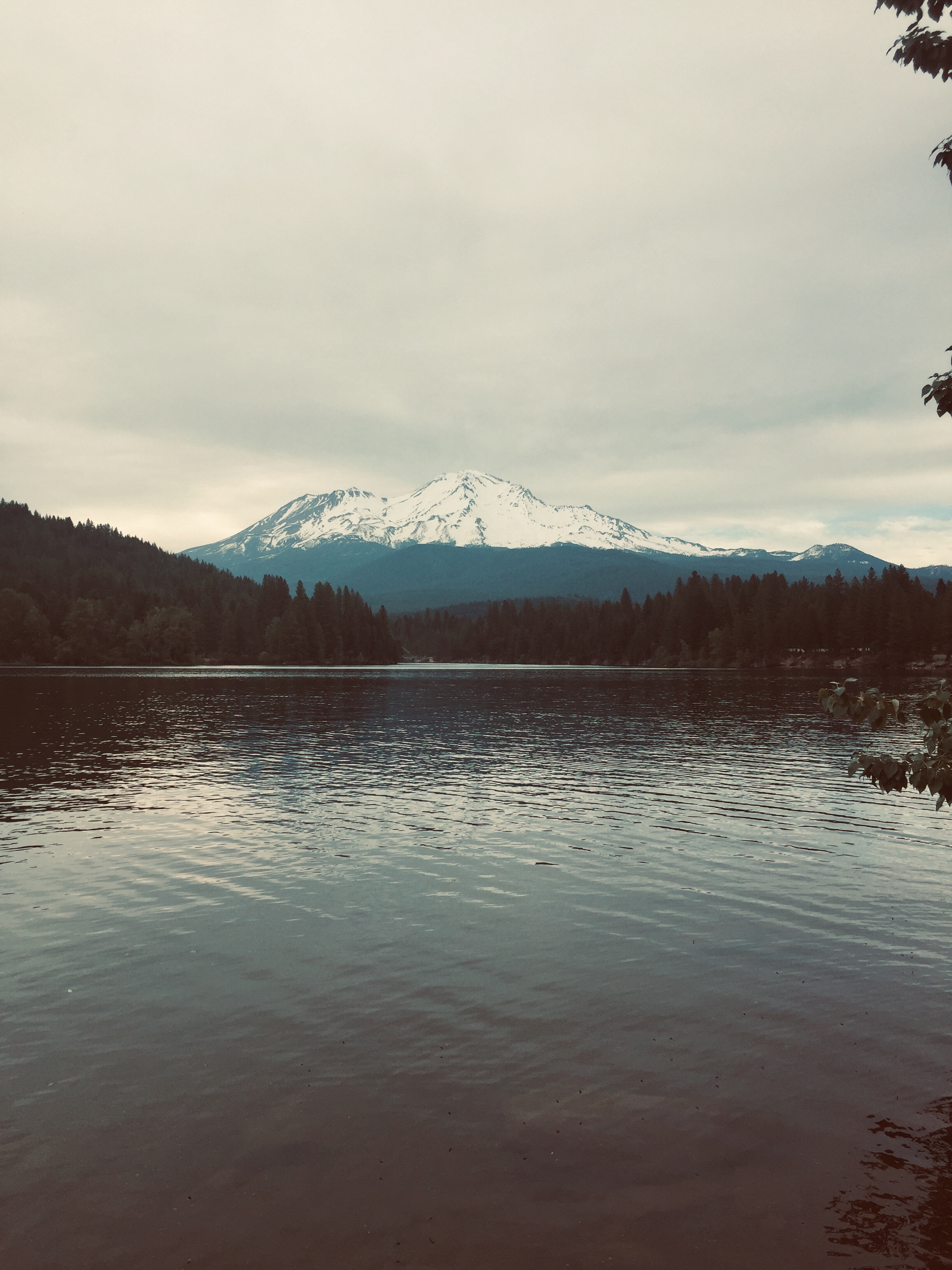 I slept in Oakland, CA close to San Francisco, so I could at least spend a little more time in the Bay Area and call it a day. Around 4AM I started packing and moving, thinking of hitting the gym with a free pass to work out a little bit, but most of all to get a free shower. The power to shower anytime, anywhere, guys, is so underestimated. Enjoy it when you have it. After having two gyms (oh yeah, because in the US some gyms are open 24/7 in case you did not know) turning me down despite the free pass request, only Planet Fitness let me in. A kind guy just input my data, said “no problem, go ahead” and I could finally run on the treadmill for a while, get some exercises done —like I am used to do during my boxing classes, and I was content. Shower and all, I was ready to go at 6AM. Oh the things you can accomplish when you wake up that early, but most of all when you don’t even sleep much. Fantastic!

Instead of opting to drive right away, I wanted to spend some more time there, so for today I’ve decided to have breakfast at Starbucks, my favorite place to chill, free wifi, you can charge your phone, your computer, you can use the restroom… and my app is always collecting points to get rewards so… at a certain point I get free drinks and that’s cool. I feel like Starbucks always has my back, despite not having many vegan options ( by the way, dear Mr. Starbucks, could you please add a vegan croissant to your menu? I swear it would be sold out everyday, big win, huge deal, please consider having it along with the other delicacies. Pretty please!). I found the closest to where the gym was and I drove there. I spent some time drinking my decaf mocha –remember I’ve been caffeine free since November 2018, while uploading photos on Instagram and posting on here to keep you all updated in case you were interested. Aaaand I also did it for myself to let out a few thoughts that were bugging me, probably even because I was sleep deprived or so.

Once my hair dried up and the post was published, I was ready to go and pick my next stop: searching through the map I see that Mt. Shasta, a mountain my yogi friend Monica said “it would be a perfect place for you and your spiritual awakening”, is not too far so… let’s go. It is actually a dormant volcano; I wonder if I am that powerful enough to wake it up? Guess what? Of course not. Not only that, when I finally find the visitor center at Mt. Shasta city, and ask for info on how to get to the mountain, the kind woman at the desk tells me that, being still covered in snow the hiking trails are mostly closed, but there are several others around the area, even down there from the Lake Siskiyou –she points South, where you can get a clear and pretty view of the peak and you can take pictures. Nicely said woman, you got me at pretty views. Too bad the sky was a little overcast so the photos did not turn out particularly nice, adding to that my total inexperience in photography… and the die is cast. But who cares really, when I could see with my own eyes this place that many today consider a point of convergence of significant global powers, making it a destination for many New Age, Spiritual retreats.

I am not sure if it was because of the fact I haven’t slept much, or because for the first time in my life I went to the gym at 5 AM, or simply because by chance the only radio station I could “receive” started playing songs I used to listen to in my teenage years and early twenties, if it was the power of Mt. Shasta trying to talk to me through the only tool I trust, music… but the mind-fuck I experienced today I can honestly say it is one of a kind. The rollercoaster of feelings I’ve been going through for less than a week now might have screwed me up a little, and pardon my French but it is actually the only way I can describe this weird status I felt trapped in when these songs started playing on the radio. In my own weird way I always believe there is some kind of message in the random songs I can listen to throughout the day, ergo I prefer having the radio on instead of pairing my iPod with the stereo. (Although, even my iPod is set in a way that songs shuffle randomly without me picking them!)

I was tired, it was so hot outside, I needed a nap, I wanted to go up the mountain and I couldn’t, I found myself a spot in a disperse campground and tried to nap. You all know those dreams you have when you are so drained that you easily fall asleep in the REM phase but it feels like you are still awake or something, right? You are still aware of everything going on around you, but at a certain point you are actually sleeping, or at least dreaming. Ok well, this to say it happened to me. I mean, it’s nothing new, at least in my case, but it happened right here, today that I’m close to this place, where people think I could find some “spiritual help” and these “visions” come to me as if to say “haaa, loser let’s play with your feelings”! Well, very well, thanks Universe or thank you to whomever this may concern. All those songs playing took me back in time, the memories messed up with my dreams, a whole mess that ended up in myself feeling strangely weird, wanting someone close to me in this moment, because I cannot be here alone, I need to share this with someone. Well, too bad, because I am here alone and no one can change that. Blame the songs. Among many others, I was tortured with Seven Mary Three’s Cumbersome, songs from Hinder, Bush, Pearl Jam, Nine Inch Nails, Lynyrd Skynyrd, Three Days Grace, Vertical Horizon, Switchfoot … but also Linkin Park from the very beginning with Crawling that really made my heart skip a beat, and eventually the last straw I think was when Stinkfist came on air and I blacked out. Seriously? Tool? Now? With these words, the meaning behind the lyrics? Oh holy cow that was intense. Blast the music in the car and forget about the world. Done.

Realizing that the life I am living now is a hundred thousand years, far away from the life I was imagining in my early twenties was hard. I wanted something completely different back then, but not only that, I was doing something different, something I can’t even imagine doing now that I am wandering around this small part of the world, alone. I remembered the smell from those days, every single note of every single song was attached to one of my senses. I could see things from the past, I could still feel the touch, the taste, the sounds, everything, all around me. Just like “yesterday”. The colors and the lights, the way people moved their hands and talked to me. I felt.it.all.back.again. The pain I suffered, the joy I lived, and I recalled the exact moments when I was listening to those specific songs in different places in the North-Eastern regions of Italy, and I felt sick inside. I am not that person anymore. Just like the people I was sharing those moments of my life with are not the same people anymore. We changed and that’s fine. I just want to know why fate, destiny, Mt. Shasta, whatever, have decided to take it all back out here today. Here. Go figure! I still like the same music, duh. Music is forever, but I have to exorcise those sounds now, so that next time I hear them, they do not necessarily take me back to that bittersweet time of my life, or if they do, they don’t screw with my mind so much. And to find some peace of mind and rest, I got myself a motel room in Yreka, a few miles away from Mt. Shasta City, a small folkloric town where I could finally… sleep. 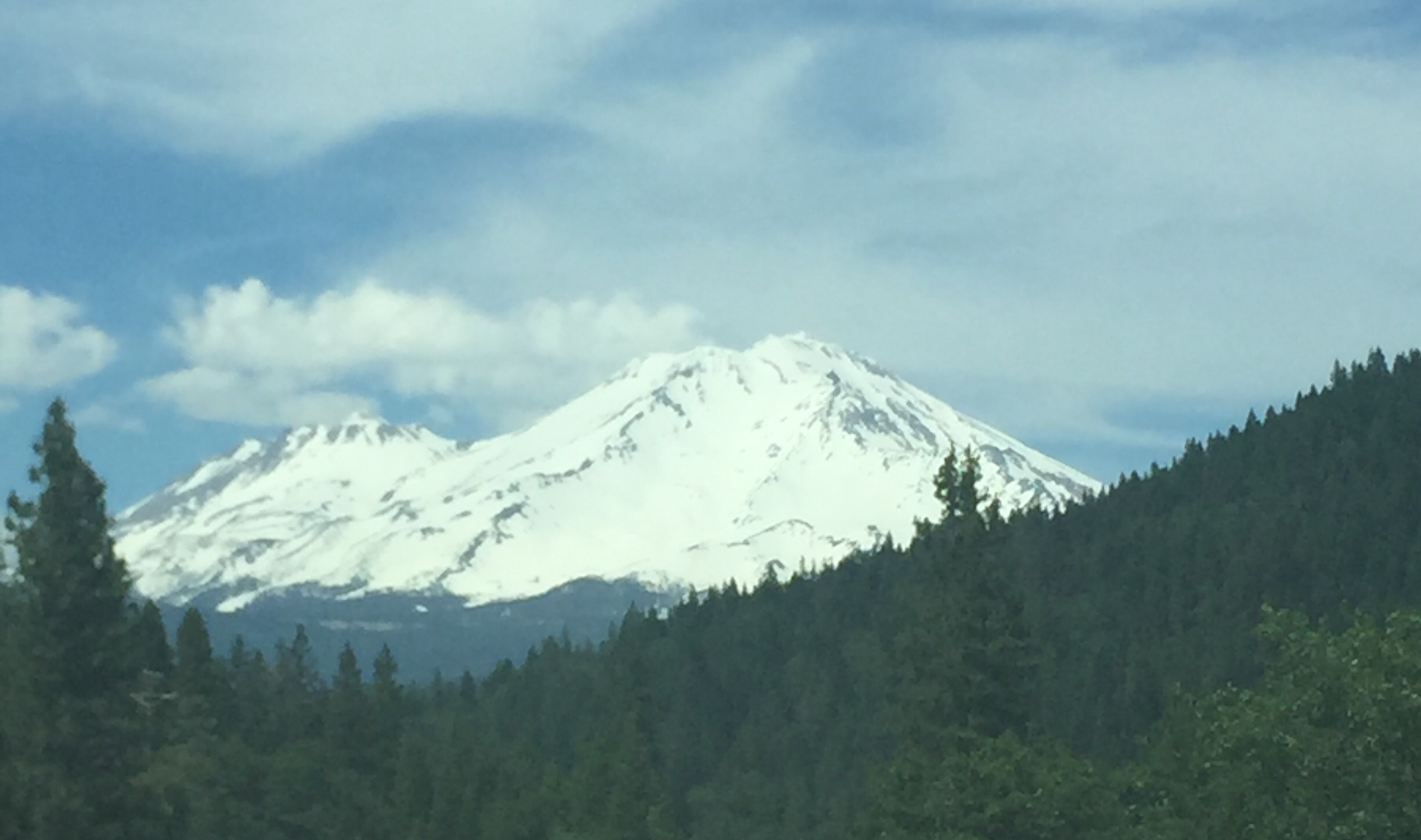 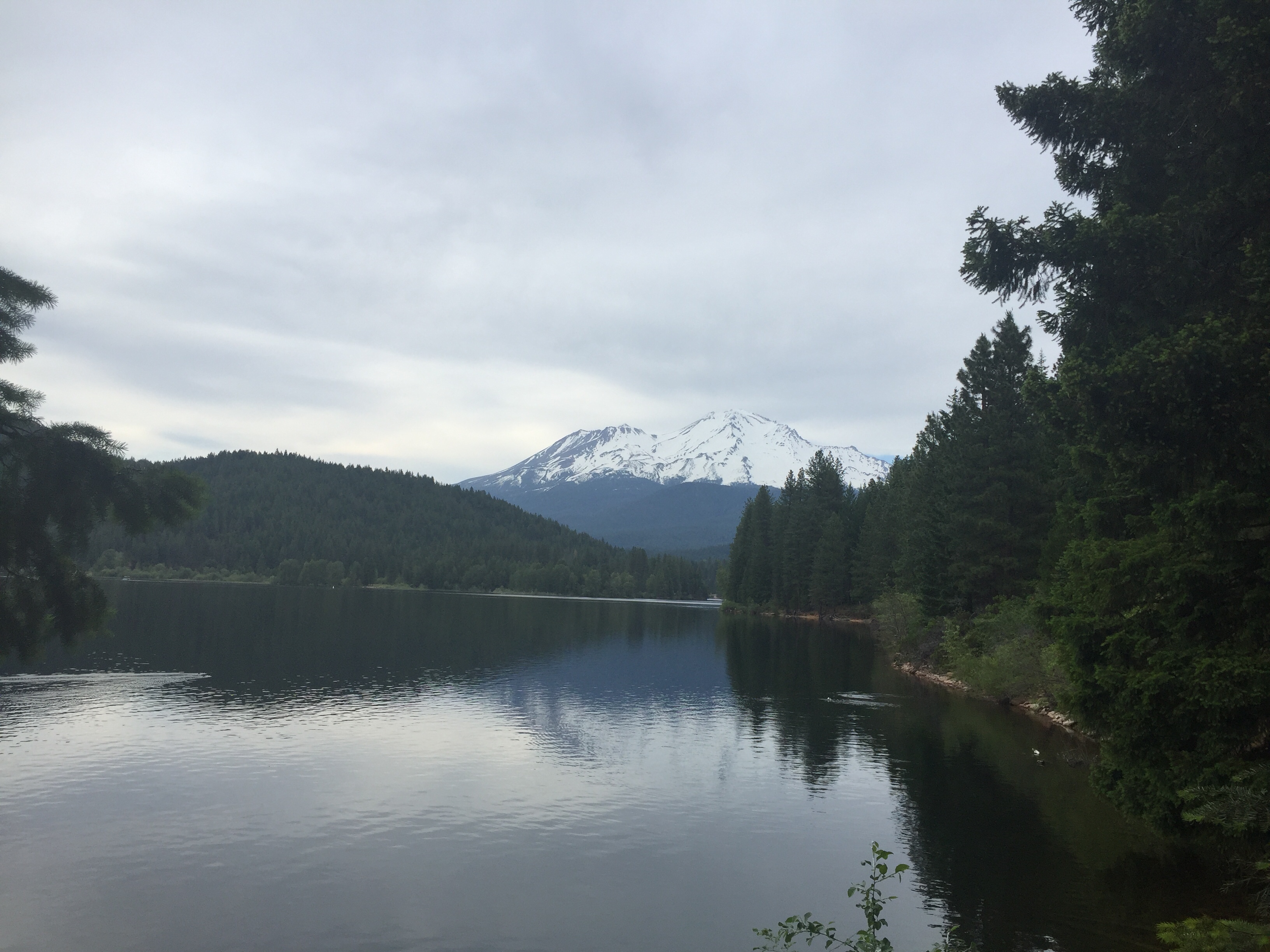 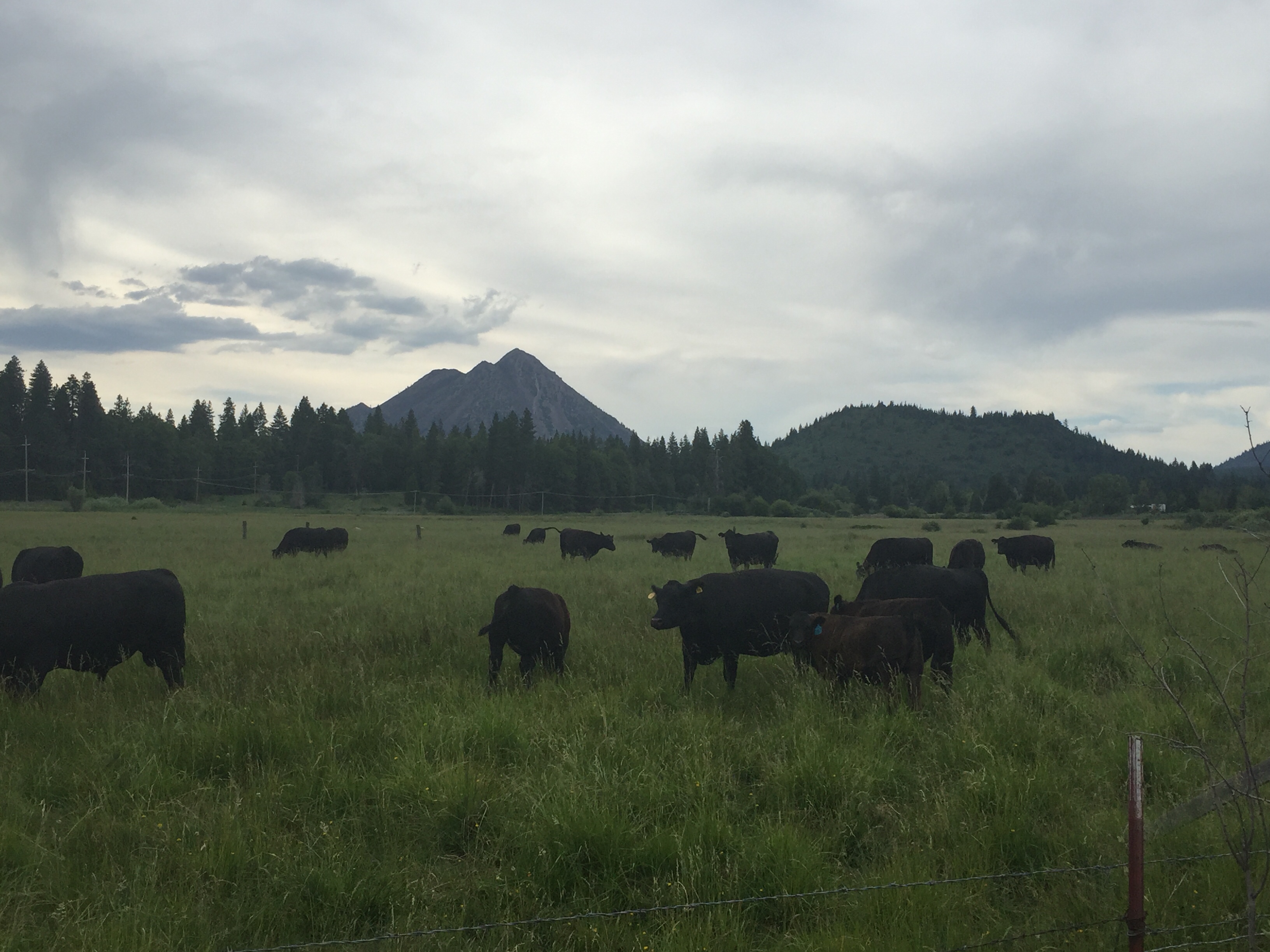 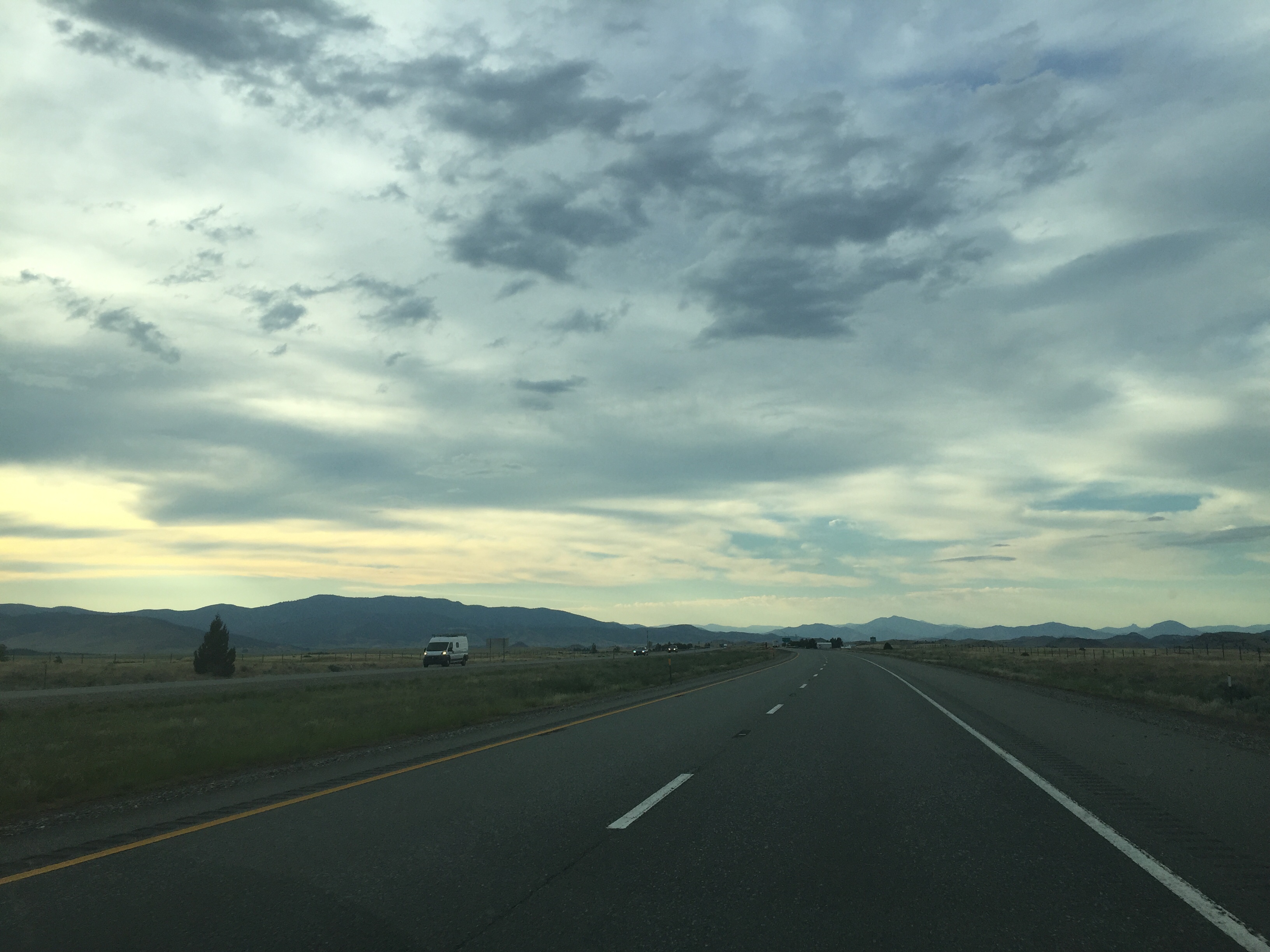 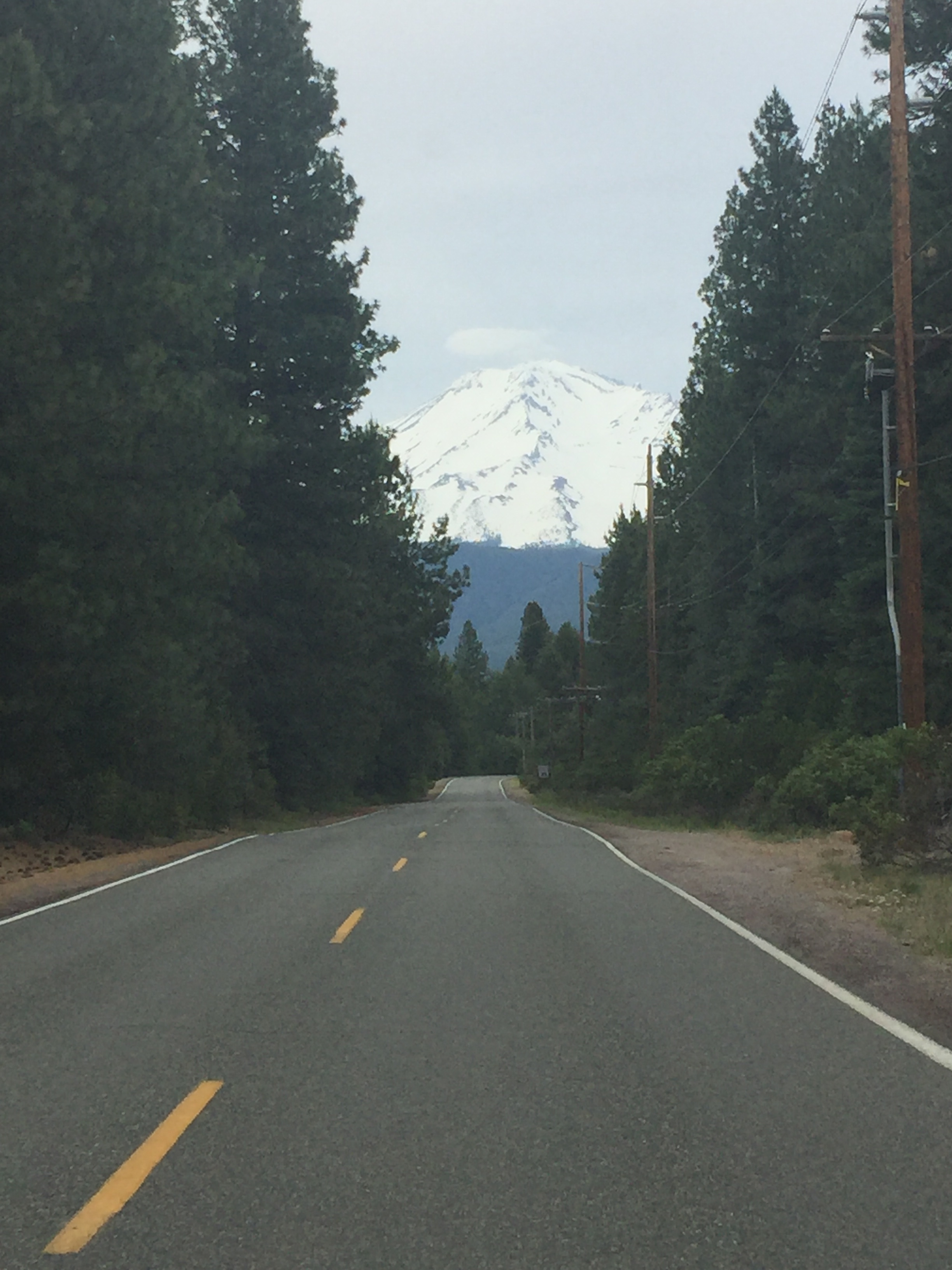