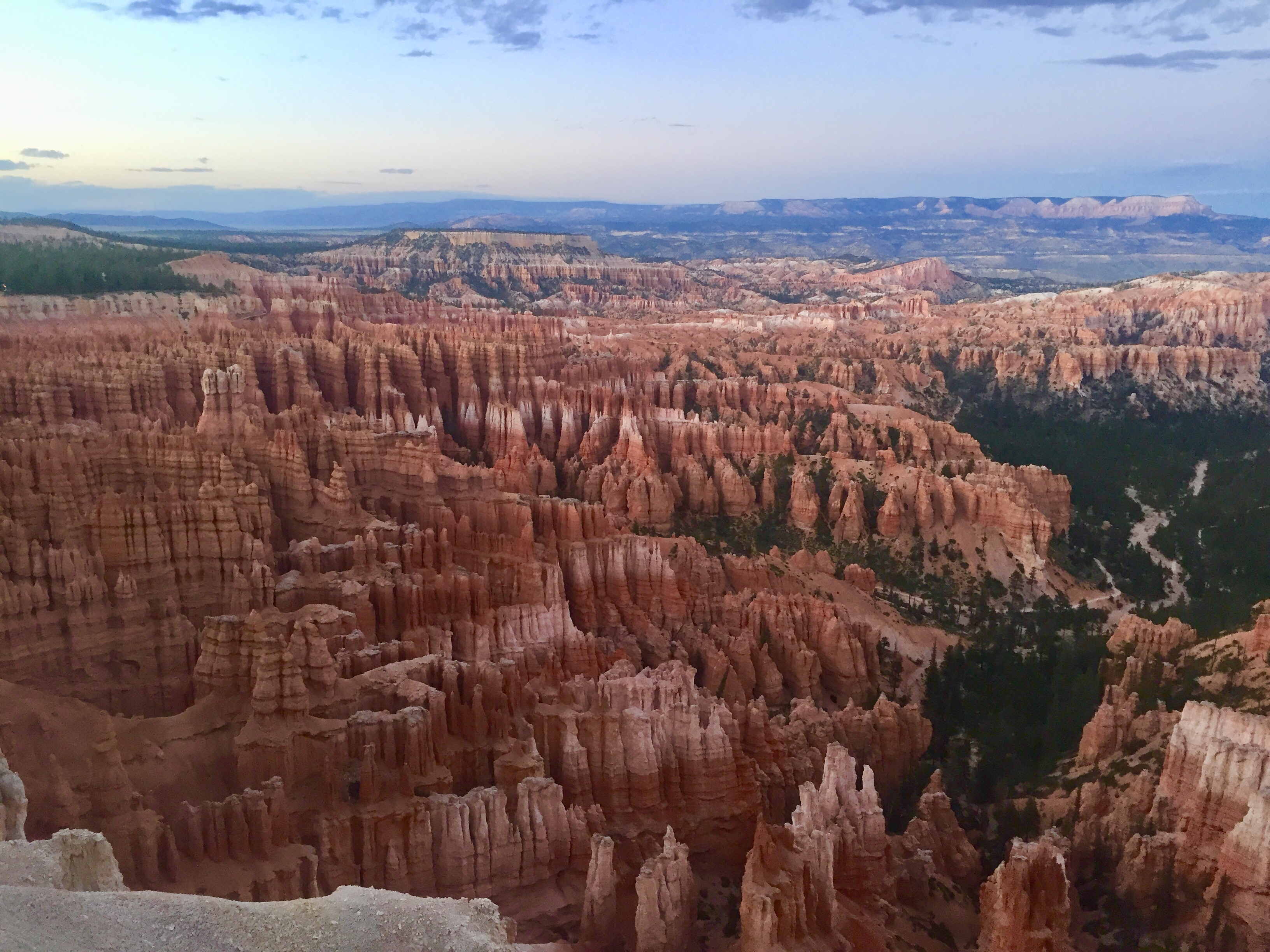 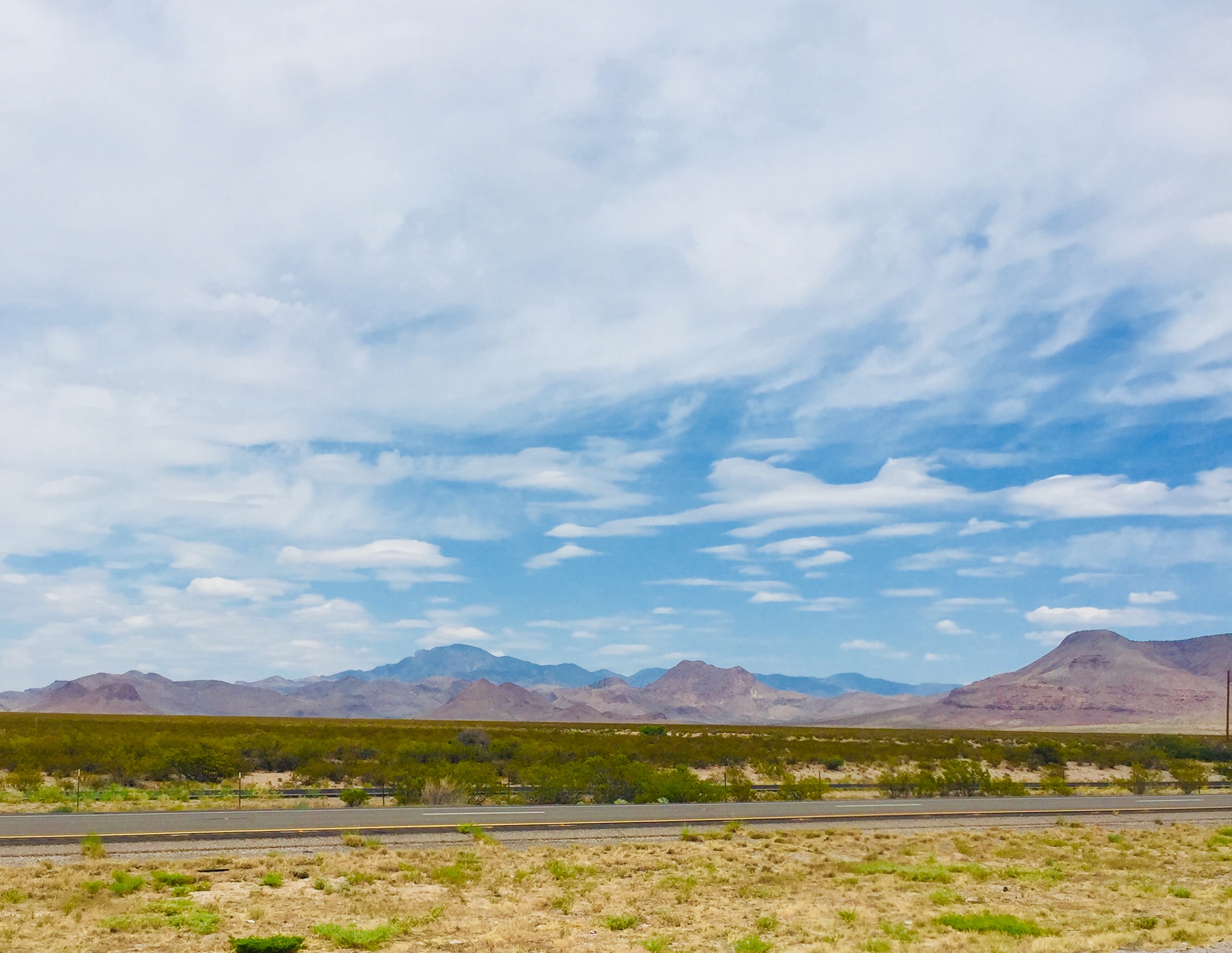 I came in through Roswell, woke up in Las Cruces, stopped for lunch in Albuquerque and then slept in Farmington. South to North, New Mexico accompanied me dearly, and I am grateful for what I experienced. Moreover, I had lunch with a wonderful human being, introduced to me by a mutual friend, at a cute and cozy restaurant in Albuquerque who reminded me of all those nice people out there who are part of those “worth saving” in case of an imminent Apocalypse. And considering the earthquakes that are happening in Southern California this week, I guess we’re not even too far from the X hour. Just like me, and apparently all the people I am encountering lately, she was tested by life, she got broken and she fixed back her pieces, so we connected right away. We were meant to meet. While running around the San Juan College campus before getting ready for the night, I was listening to this song, which is always on my randomized playlist, called Annihilation by A Perfect Circle, and it just closed the day reminding me that …it is up to us. Everything. Is. Up to us.

From dehumanization to arms production
For the benefit of the nation or its destruction
Power is power, the law of the land
Those living for death will die by their own hand 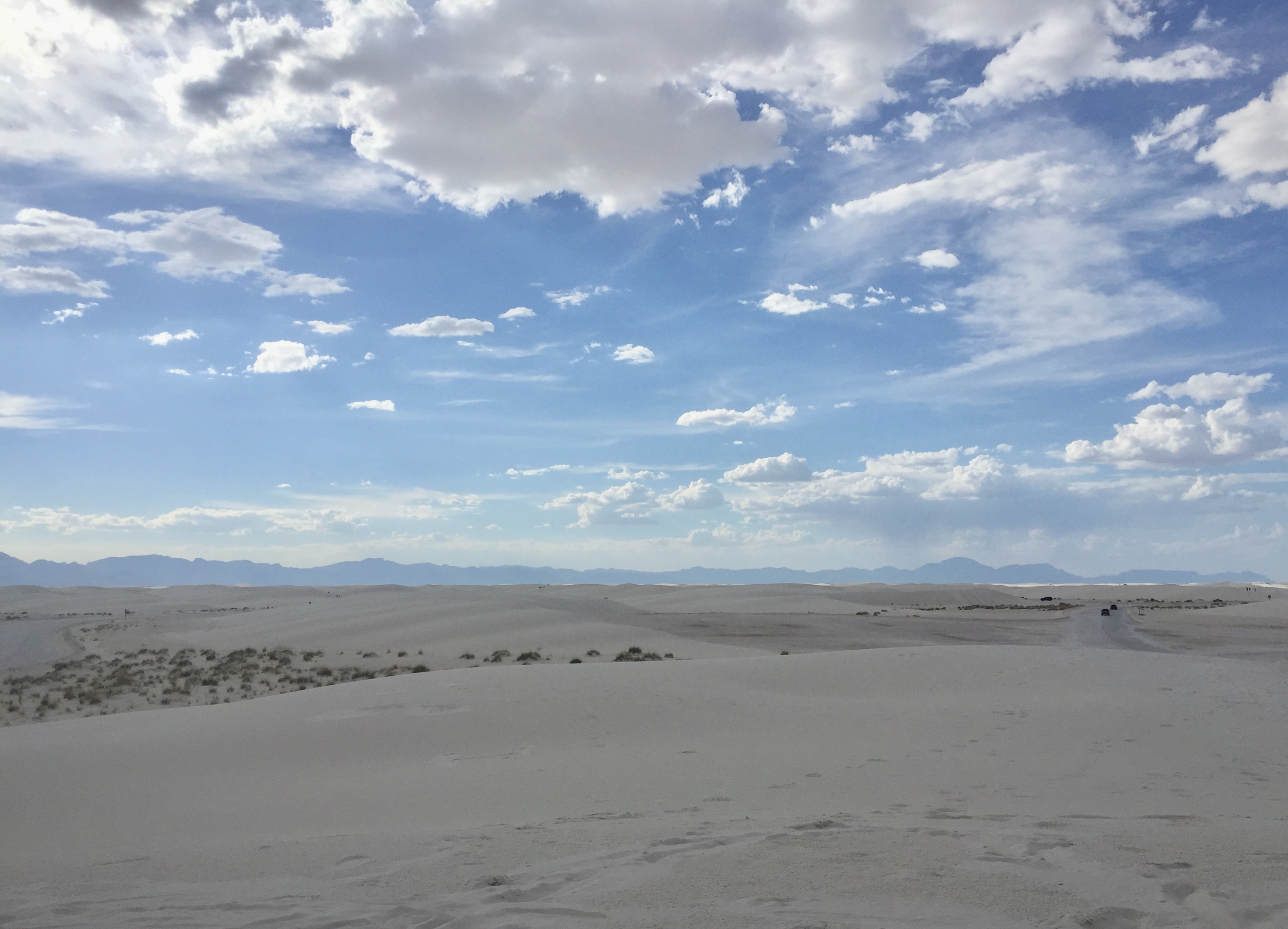 Can’t really say much about Texas. I drove through the thinnest part of the State, but the views were one of a kind. Yellow and its darker shades started appearing before my eyes. No more green, if not sporadically thanks to bushes and trees. All the colors of sand, burned sand, ochre, sienna, maroon, beige, umber, ok basically brown, were all around me, and I enjoyed it all like a cup of hot chocolate on a freezing winter day. Outside it’s 100 degrees F, but those are details. I woke up in Texas and I started my long trip to New Mexico. Sand dunes await me and I cannot wait. I still have food from the day before so I have breakfast in the car and just drive, drive, drive. I only stop for gas and to give my windshield a wash. Those poor butterflies, and moths, and insects of any kind may rest in peace.

I reach Roswell, NM around noon. What. A. Day. After my favorite scenario of finding myself driving alone through a loooong single road through nothing, enjoy every, single, little, bit, of it, I parade along this town that reminds me of a show I used to watch many years ago, called obviously Roswell. Not the new one, which I haven’t seen yet, but may start once back somewhere with a good connection for my Netflix and Hulu accounts. No. I’m talking about the one where the actress playing Isobel Stevens in Grey’s Anatomy (curtsy, please) a.k.a. Katherine Heigl is playing the part of an alien, but the story is too long so just google it. Being in Roswell was surreal. Aliens are everywhere (real or not it is up to you to —believe), despite the actual UFO incident happened more than 50 miles away from the city. What was super weird is that, at my regular stop at Starbucks, where my restroom breaks are getting more and more expensive, something supernatural actually happened. A guy was sitting at a table and I swear to all the Gods he was my friend from Boston College, Mario. Everything looked like him. Even the shape of his lips which are particularly specific. The way he was dressed, the way he was working on his computer, the way he put his hat on. Every little detail, even the haircut. I secretly snapped a photo and sent it to both Matteo, the other friend from B.C, and to Mario of course. Matteo was shocked as much as I was. He said “you’re in Roswell, paranormal activity is normal”; Mario, typical for his Narcissus-like personality, said: “he’s hot, I want his number.” I had to laugh. Funny story to tell, but that was it. Nothing more. Except for all the movies in my head where I would actually approach him and tell him the whole story of Laura, Matteo and Mario. Whatevs. Roswell. Yes. I had fun looking around, but I was looking forward to getting to my beloved dunes.

White Sands Monument Park was a dream. Gypsum sand dunes are rare and this location is the widest in the whole world. I feel lucky. It is a very hot day so even the rangers suggested to not walk on the trails and just stay where vegetation is still visible, so I did. I found a spot on the top of a dune and I chilled for a couple of hours, enjoying the sand like a dog enjoys grass, rolling and sinking, getting all covered in white sand and sun bathing. A very nice way to spend the Fourth of July, and to honor my current Independence. Thankfully not so many people were around and only later, around sunset, we all gathered at a meeting spot to take the Sunset Stroll with the ranger who explained to us the history and the formation of the the White Sand Dunes. Fascinating. Too bad the military occupied part of the land to turn it into a missile range area to test weapons and other stuff I am not a fan of. But nature will take care of it eventually, I want to believe so. As for now, enjoy these photos and I wish you all could see it person one day, because it is so much worth it.