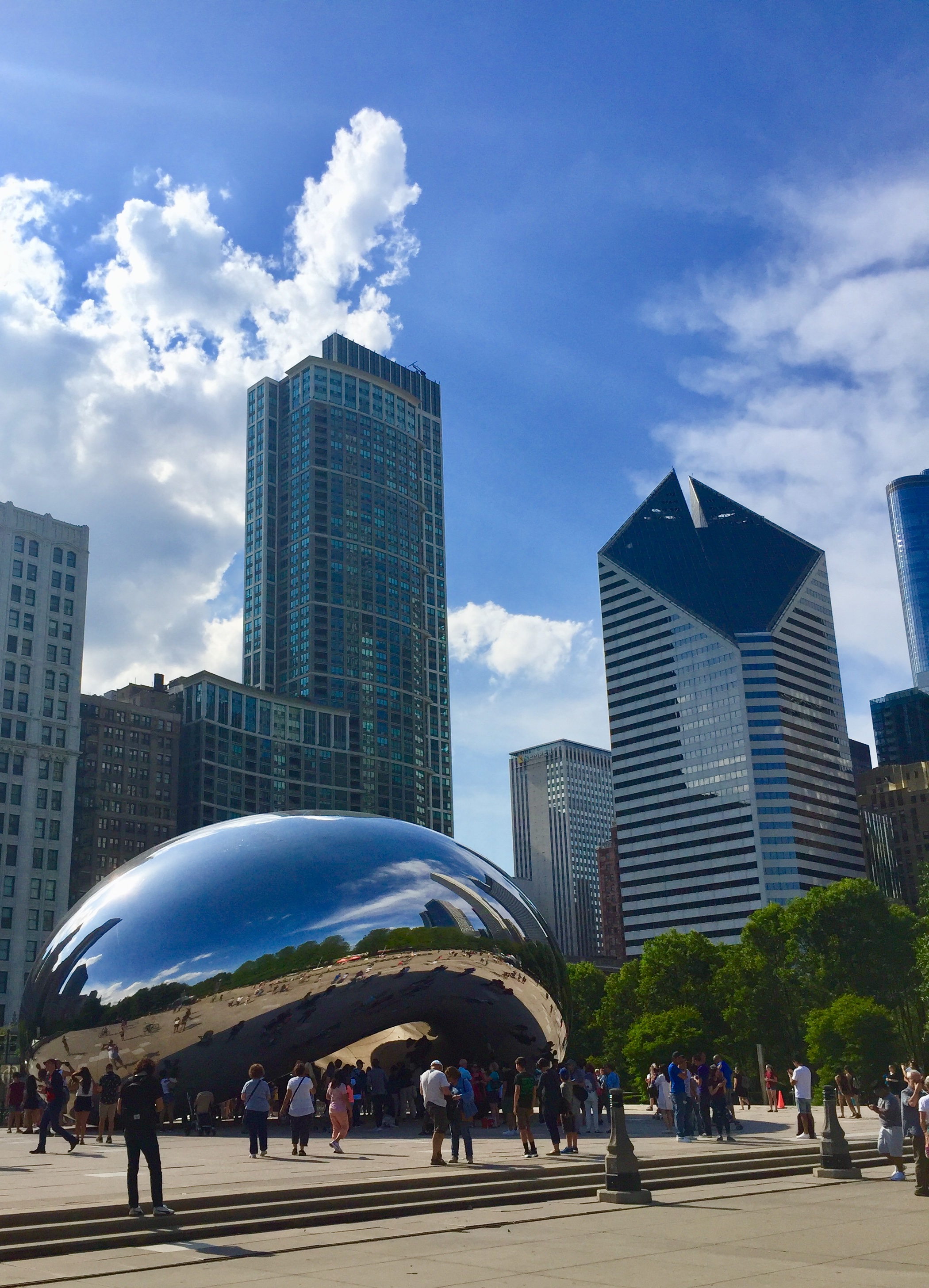 What’s up Chicago?!?! I’ve been waiting forever to come see you bud, here you are! Splendid. I wish I could see one of my kids to show me around but nope, not this time, I’m going to explore this city all alone, as usual.

I had to get here late, or better later than expected, because I wanted to stop by a mechanic and ask for a quick check to my wheels as I can now hear a weird noise after they changed my oil and rotated the wheels in Colorado Springs. The guys at the Auto Station couldn’t even hear the sound, so 1. they thought I was crazy and 2. they didn’t do anything except for trying to make me feel a little less concerned about a potentially imminent car crush. They tried to see what was wrong though, for at least a couple of hours, and they were kind enough that they did not make me pay the “consultation”, so before leaving I had already ordered a pizza on GrubHub which got to them 2 minutes after I was on my way to Chicago.

Last night I took it easy. I keep on being tired and can’t figure out a way to recover. I spent the afternoon working on a translation and for a little bit it felt like I actually had a life, in the sense that the motel room disappeared around me and it seemed like I was in L.A. in my apartment, working on something, waiting for the sunset I could see from my windows facing DTLA. Yes, I miss being in Los Angeles. Even though I left because I was feeling overwhelmed by it, I am still longing for the city of angels. After all, that’s where I wanted to go, to move, to live, and I guess she’s waiting for me to come home.

I am so drained I don’t even feel like taking photos or writing about what I am seeing and feeling. I am having a moment, I guess, reaching this part of my adventure, when I am questioning and doubting. Everything. Having technical issues with the car, along with my concerns in general, is not helping, and I am not even enjoying the city as much as I wanted. I feel like I need to be in the wilderness to actually function for this matter. California, Oregon, Washington, Utah, even British Colombia, offered me an escape almost every day, where I could go and free my mind, open up to nature, and touch things. See things. Breathe things. Smell things. Feel. From Colorado on, it’s been green and blue, green and blue, the rain, the clouds, and then Nebraska was nice but did not really pass some good vibes, Iowa was ok, and at least I had a recap of some good music so… what is going on really? I don’t know.

While entering Illinois, two songs accompanied me and they were totally random on the radio station I was listening to: one was Papercut by the Linkin Park, and I am pretty sure I do not need to give another explanation about why this is so important, but most of all, after such a long time I cannot even recall, I heard I’ll be missing you the remake Puff Daddy did with Faith Evans of Every Breath You Take by the Police. Why does this matter? Because this song was the song we dedicated to Michela, a friend from high school who died when we were 16. That year we were in Austria, classmates and friends together, and at a bowling place the song came on the radio. We looked at each other and we thought “she’s here, with us” and since then I always wanted to believe it was true. After all, what are the chances you would hear this song on the radio in 2019? Right. So Ciao Micky, thanks for being here with me today. I miss you too.

This to say I eventually had company today, while visiting Chicago. I took a long walk all over the downtown area, the riverfront and the lakeshore. The parking ticket says 8 hours, so we better believe I have been wandering around for a while, except for maybe those moments I sat at a Starbucks and at Whole Foods where I grabbed lunch. Chicago reminded me that I haven’t been reporting about the smells I sensed in this crazy trip. Every time I was smelling something or having a reminiscence of a place and a time somewhere else, by perceiving some specific odors, I thought “I need to write this on the blog”, and then guess what? I always forgot. I think Portland smelled like my apartment in Sydney, or was it Seattle? Curry and typical Indian Food smell was all over, while Vancouver reminded me of Liverpool. In Chicago, I had it all. A corner smelled like my room at Mount Holyoke College, in South Hadley, MA and the moment I actually recalled it was kind of bittersweet. Somewhere else I smelled fried doughnuts or something, and it reminded me of those nights in September when the nights are getting cooler, and in my hometown there is a town fest where food trucks sell “frittelle”, cotton candy, sweets and caramelized nuts. Then there was a corner that smelled like fried fish, and I was back in those towns on the beach in the Venetian coast, where you walk at night, and all you can do is getting hungry by simply smelling the air. Oh hey, there were also those smelly corners where it seemed like the city had diarrhea, and the putrified smell of sewage were all around, but I tried not to be annoyed by those so much. After all, the city is actually beautiful, walkable, and I enjoyed it, even if just for a day.

At the Millennium Park, in the morning, they were preparing for a music festival that I think had to happen later the same night, and although I actually thought for a moment to stay, and go to that concert alone, as I started doing with pride and honor (chuckle) these days, today I do not feel like having to be social, or alone in the middle of people. Either I am alone and isolated, or not. Alone in the middle of everyone has been my status for so long that I just don’t feel like doing it now. I may be missing a really cool event, but I won’t push myself beyond the limit. My comfort zone sometimes is already too uncomfortable itself, that I don’t need to step out of it to prove something to either myself or anyone else. I wish I were not this tired, and exhausted, and drained. Hopefully I will get some energies back soon.