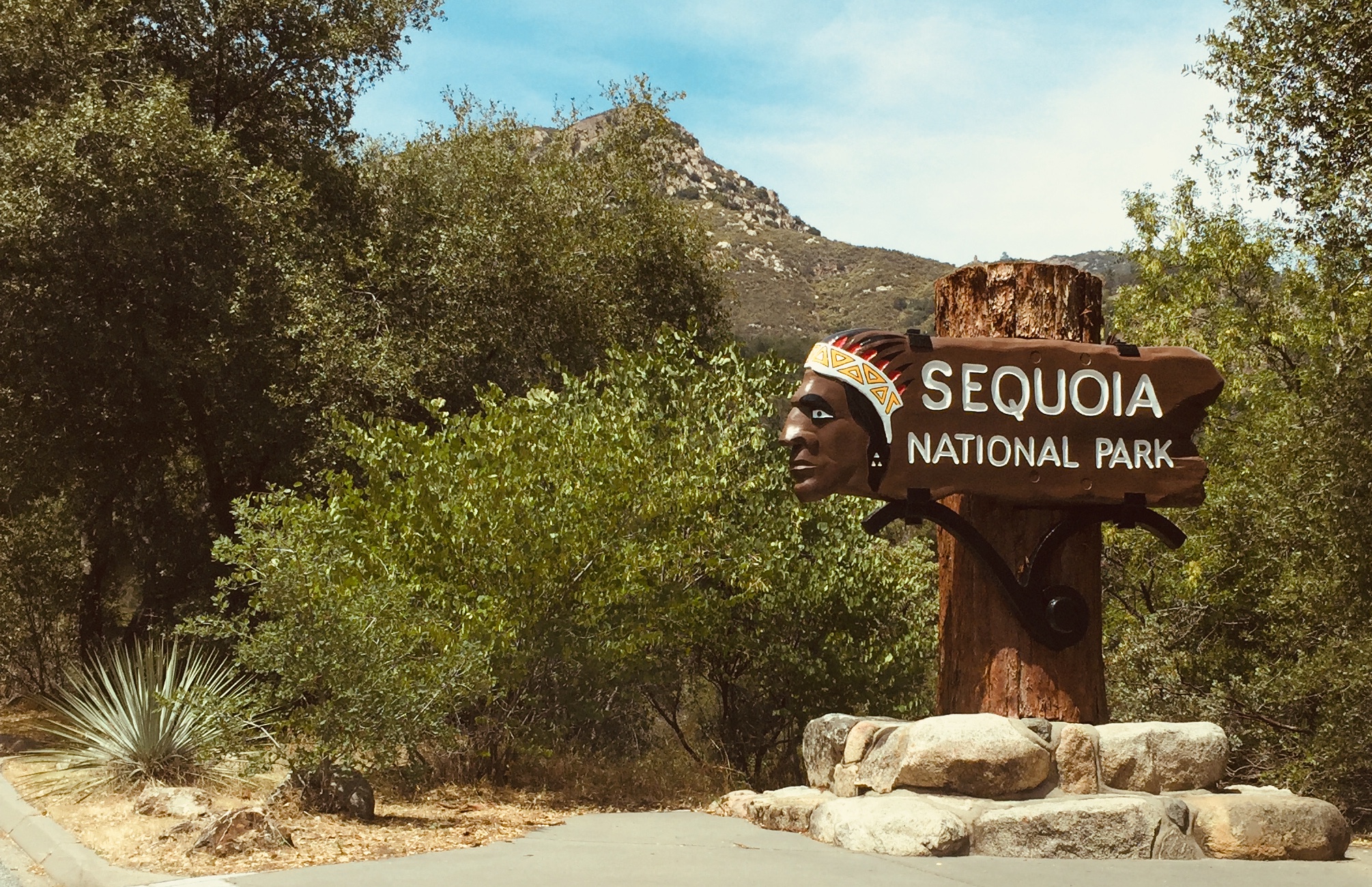 8AM on the clock, after saying bye to Teresa, her family and my crazy LeoBear pup, I fixed the driver seat, water bottle on my right, and destination: unknown.

On the way I thought I could stop at Veronica’s near Calabasas, and get a quick chat, a hot tea for breakfast, and a hug before the long drive. I also needed to fill up the tank because I forgot to do it in Burbank. Typical me. Said and done, halfway through the morning I was headed North. Couldn’t believe how the highway could be packed on a Sunday morning, but it’s LA, what do you want me to say? So, after a couple slow downs, I reached Sequoia and Kings Canyon National Park with my cute little “America the Beautiful” pass that grants me access to basically all the national parks in the US. Win. I know.

If I thought Sequoia was packed with people, I had to re-think and actually correct my statement the following day at Yosemite. Damn people, you really are everywhere, every time, every day. Wow. Thank goodness I had my moments in Sequoia. It felt good. No wait, it felt great. I felt connected, wildlife was all around me and I was feeling like a little girl in a playground or a toy store. When I started hiking I looked like a bummed boy, thinking “boo, what I am doing here, boo too many people, boo” but then… surprise! The paths I was choosing were almost all empty, I was literally going the opposite way everyone was going (no wonder), and just following my instincts I spent most of the afternoon in peace, surrounded by mother nature, her sounds, her children, her everything. Marvelous.

Walking back from the Sunset rock I recalled when I was a little girl on a summer camp with my friends, probably around 10 or 12 years old, and halfway through the week of “vacation” we had to go on an all-day long hike, and I was always sad about it. Eh, I was not a fan of hikes back then. I am now though, a whole lot, so there’s that. I remember thinking, in order to get me excited, that as a reward from, I don’t know, God? I had to see a wolf in the woods while hiking, so I just had to keep walking and it would happen. Seeing wild wolves in the Alps is not so common, or at least not in those areas where kids are taken for their summer camps. Long story short, at the cabin where we stopped to picnic, the owners had adopted a grey wolf they found as a pup (or so they said) and she was sitting there, next to our bench, chained to a pole with part of her fur falling off because they said “being kept in captivity makes her stress out”. Yeah, no wonder!!! Mixed feelings back then, deep anger recalling it now. But again, thinking about my “deal with the universe” at that time makes me smile now that I’ve done kind of the same thing while hiking through the Sequoias. Gimme more, gimme more.

Why yes, I got rewarded. I spotted a brown bear (my guide animal -just saying. How do I know? Eh, long story I may share in another post!) chewing on a wooden log, so close that my first instinct was to approach her and hug her just like I did for the whole week with LeoBear. Instead, I remember what I read on the pamphlet they gave us: keep wildlife wild. Stay at least a two-buses-length distance from them. Scare them away… and whatever, at the “scare them away” point they lost me, so I just stood there waiting for her to finish. I waited, giggled, and to be honest, I was also waiting for someone else to come closer so that, if anything happened, at least they could report a dead woman, eaten by a bear, to the authorities. I moved closer and hoped the bear could see me. She did. The moment she made eye contact, I turned, as if to say “no worries, I am leaving you alone”. I guess it worked. She snorted a little, thing I interpreted as “effin humans” and she moved away. While this was happening, a guy approached from behind me and I could hear him getting scared and stopping suddenly. So I turned, smiled at him, and whispered “beware of the bear”. He smiled back, and we kept walking. Happy girl over here, thanking nature for this encounter.

I went up to Bear Hill and spotted a couple more friends: a beaver so cute I wanted to squeeze him, a few deers, birds all over, squirrels, chipmunks, lizards… and I guess I was the only one actually talking to them, greeting them with “hey Bamby-boy, what’s up?” or something like that. Eventually I found myself hiking all the way up to the Moro Rock where swallows were either fighting or mating, chirping like there’s no tomorrow. Funny. On the way back to the car I spotted another cute little bear (smaller this time) and there were a bunch of humans all taking pictures with their phones, while I just walked passed him and hoped he was safe. The completely deserted trail felt unsafe at times, but eventually I was just laughing at myself for even worrying. At least, if I had to die eaten by a bear, that would be a nice way to go. No kidding.

Now, for those of you who are more “visual”, here are a few photos. Enjoy.